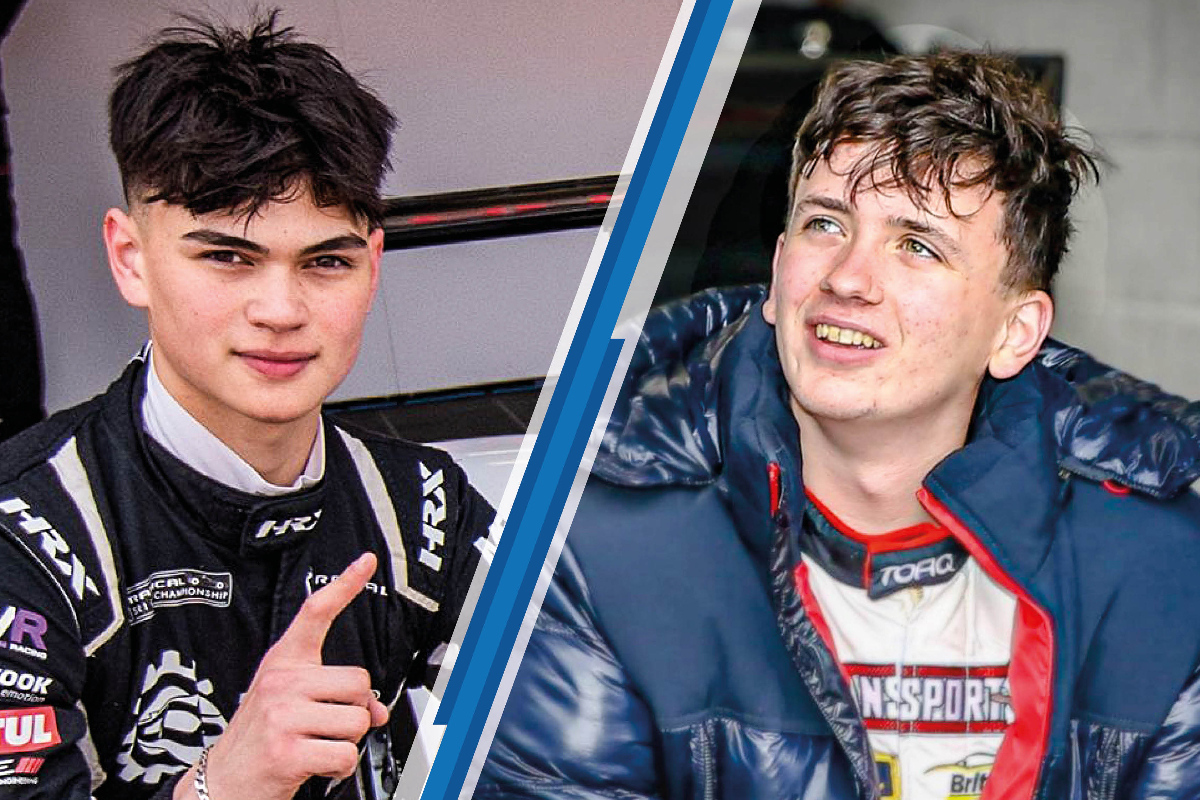 Sportscar stars Daryl DeLeon Taylor and Danny Harrison have been named as Valour Racing’s line-up for its GB4 debut at Donington Park this weekend.

Taylor is already racing for Valour in the Radical SR1 Cup this year, and is currently second in the points with two wins. The first win came at Donington, where he also picked up one of his two wins from the two rounds he did in 2021 after turning 16.

The Filipino also came 13th in the British Karting Championship for IAME X30 Senior karts last year, before making his single-seater debut in the Formula Ford Festival with B-M Racing, and he only missed out on being a semi-finalist to a penalty.

“I’ve been looking to race single-seaters throughout my career, and to finally get the opportunity [in slicks-and-wings] is so exciting,” said Taylor.

“To do so with Valour is great too, we’ve been working together since the start of the year, our previous track record at Donington is excellent so it’s great to be starting there. We’ll need to build up our experience together in testing and see where we are come qualifying.”

Harrison won the Britcar Endurance Championship in 2020 at the wheel of a Praga R1T prototype alongside Jem Hepworth, and was a class runner-up last season with Rob Wheeler in a Nissan GT3. The 21-year-old also started out in karts, and won races in the BRSCC Ford Fiesta Championship. His first taste of single-seaters will come in Thursday’s pre-event GB4 test.

“It’s a big change for me after a few years of GT racing and saloons, but I can’t wait to get on track at Donington on Thursday and Friday,” Harrison said.

“Testing will be my first ever time in a single-seater so there’s lots of learning to do, but I love a good challenge and I’m looking forward to seeing how I compare against drivers that have been doing most of the season. I’m really grateful to Rhys and Ben at Valour for the opportunity and hopefully this can be the start of an exciting new career opportunity for me!”

Valour only announced its entry into GB4 with two cars on Tuesday, with its racing (and success) so far having been in Radical prototypes and GT sportscar racing.

“We know both drivers well, Daryl has been really strong with us in Radical SR1s this year and his previous form at Donington is very promising.

“I also worked with Danny in karting around a decade ago, so it’s great to be working with him again in a new discipline. Both are new to single-seaters, as is the team, so we’ve got some thorough run plans to do in testing, but we’re looking forward to mixing with the championship’s established teams and drivers and seeing how we compare from the off.”