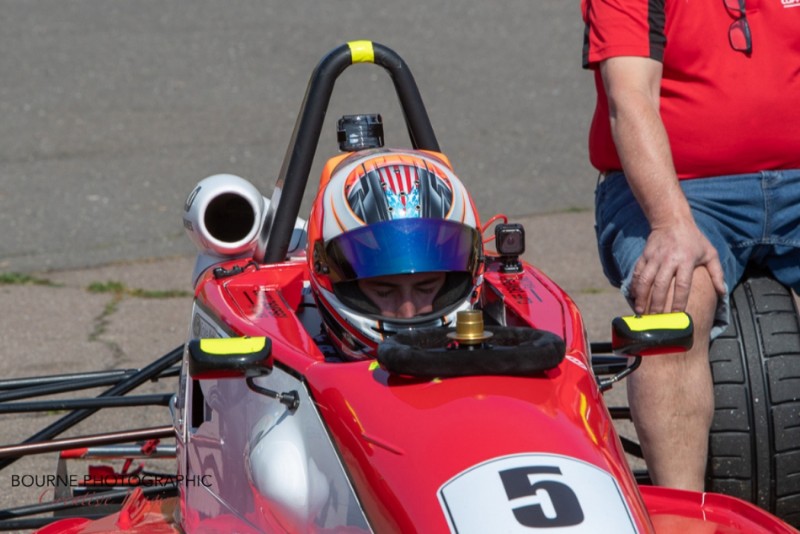 BRSCC National Formula Ford 1600 runner-up Spike Kohlbecker will step up to the Toyota Racing Series this year with Kiwi Motorsport.

Kohlbecker, who narrowly missed out on this year’s National FF1600 title to Ross Martin, is set to make his first start in a slicks-and-wings single-seater in the series.

In his first year of car racing he took three wins in National FF1600, and also competed in equivalent series in Canada and New Zealand.

?I?m excited to take the next step in my racing career in the TRS series,? said Kohlbecker. ?No doubt it will be a challenge, but that?s exactly what I want.

“The tracks, the New Zealand race fans and the TRS program are all world class and will serve as a great foundation for the next step in my career.

?Racing against the best is what every great driver wants in order to establish where you are and where you need to be.

“No doubt the TRS program will again have some of the best young drivers in the world.?

Kohlbecker?s signing brings Kiwi up to four confirmed drivers, with a Dutch driver who is yet to be announced. Already named in the team’s line-up is Franco Colapinto, Amaury Cordeel and Axel Gnos.

There is one other driver yet to be named on the the 20-car grid, a New Zealander who has signed to Giles Motorsport.