written by Valentin Khorounzhiy 19 May 2015 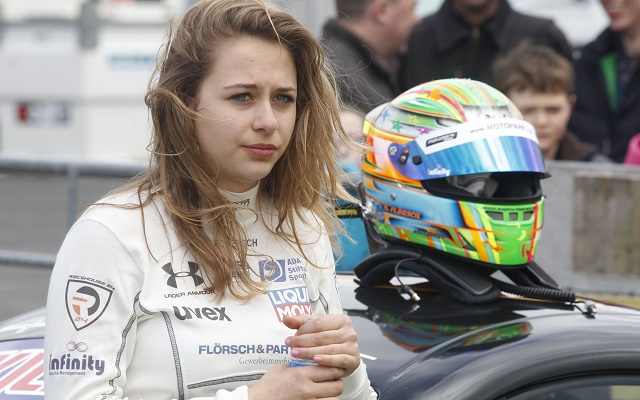 It took 14-year-old Sophia Floersch just five races to claim her first victory in cars as she beat 21 other drivers to stand on top of the Ginetta Junior series podium at Thruxton earlier this month.

Her next win came just a few hours later meaning she had effectively swept the third round of the championship, leading every lap around the Hampshire track and attracting widespread praise.

Rightfully so as winning in Ginetta Juniors, one of BTCC’s top support series, as a rookie was no mean feat ? the other three drivers on the grid with a 2015 triumph to their name had done the full schedule last year. And before Thruxton, Sophia, while obviously quick, had only had a best finish of fifth to her name.

?The qualifying made our whole weekend,? she said, trying to explain the sudden breakthrough. ?We were fifth on the grid at Brands Hatch and seventh at Donington, but it’s much easier when you start on the first two rows.?

There was surely more to it though as Thruxton isn’t exactly famous for being hard to overtake around. Yet while last year’s round featured four lead changes after the opening lap, there were none in 2015 once Floersch got to the front.

Her triumph not only made her the first rookie winner of 2015, but also the first female driver to take a Ginetta Junior victory in more than four years and the first foreigner to win in the British-based series since 2013.

The Ginetta Junior Championship has become somewhat of a stepping stone for talented young Brits between karts and single-seaters over the recent few years ? such has been the case for Seb Morris, Sennan Fielding, Will Palmer and, most recently, karting world champion Lando Norris. And it’s the latter who contributed to Floersch joining the ranks of the series.

?Lando is a good friend of mine and he’s always told me how much fun it was to drive in Ginetta,? she said. ?We thought about it and we decided that it was a better option than doing karts for another year. And, for the year between karting and single-seaters, it’s very good.?

It wasn’t originally the plan, though. Sophia had been set for an ADAC Formula 4 debut before a change in age limit regulations made that impossible, leading her to Ginetta and her breakthrough double win. 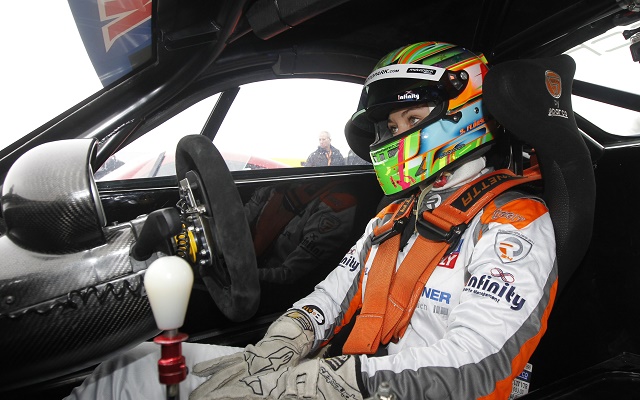 Sophia’s career in karts prior to that featured a title in the 2010 Easykart European Grand Finals, saw her establish herself as a regular presence in the top ten of ADAC Kartmasters and notch up a number of solid results in international competitions.

Results like that are very hard to come by among female karting drivers. And those who do race on a level as high as that often don’t make the switch to cars.

That kind of attitude can be as harsh on women drivers as it is on the men racing against them, especially in karts.

?One boy once came to me and asked if I knew how bad of a feeling it was to be beaten by a girl,? Sophia remembered. ?And I’ve heard so many stories about how angry some of the boys’ fathers got when I passed their sons.?

That said, she admits there’s some advantages to being among the few women in the sport. ?I got something like 500 followers on Twitter after Thruxton – other winners on this level don’t usually receive this much attention.?

?And I think that helps with finding sponsors, because you can show everyone how much exposure they can get. ? 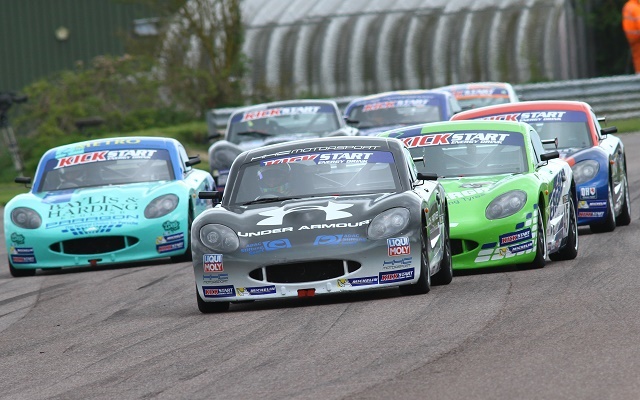 The 2015 Ginetta Junior season is in now full swing and it’s way early to be talking of any definite plans for Floersch’s future. But there’s a general idea of where the German is heading.

?F4 is probably still the goal for next season,? she admitted. ?We don’t know yet if we’ll do it in Germany or in England ? we have tests coming up with Carlin and Fortec in MSA F4.?

Her long-term goal, however, is pretty clear – she wants to break into Formula 1. ?It’s a big aim for me and it’s a very long way to go, but I want to be there in five or six years.?

Managed by Infinity, who also have the likes of Dennis Olsen, George Russell and Dan Ticktum on their books, she’s also in Red Bull’s simulator programme. ?They had a scout at one karting race and he invited me,? she recalled. ?Now I go to Milton Keynes eight times a year to drive a sim and do some gym sessions.?

Floersch aims to be the woman to break F1’s 39-year streak of having no females start a world championship Grand Prix. But she has indeed been impressed by other girls on the path to the pinnacle of motorsport. ?I think Beitske Visser is a very good driver. She won lots in karting and was quite good in Formula ADAC. I think we should watch out for her this year.?

Quick female drivers, nevertheless, are still clearly a rarity. But Floersch thinks they might not be for much longer. ?It would all change for all of motorsport if a girl got into F1 and did well,? she said. ?If she doesn’t do well, then it’s all ‘women can’t drive’. But if she does and the sport sees how much attention that can get, I think more girls will aim for this career.? 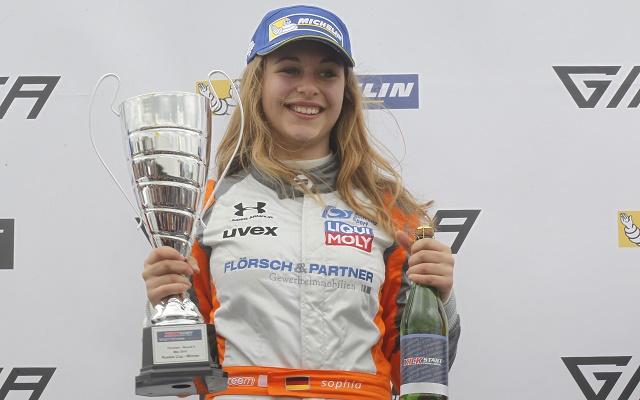