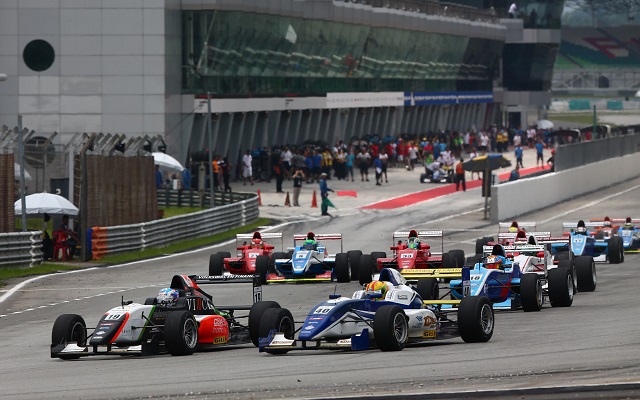 Solomon, who had after setting the fastest lap in the first race, lost the lead to Munro at the start, but managed to overtake the Kiwi on the second lap.

He maintained the lead for the remainder of the six-lap sprint, eventually finishing two and a half seconds clear of the opposition.

Munro wound up coming under pressure from newcomer Jake Parsons, who moved up to third during the opening lap, but the KCMG driver narrowly held on to second to minimize the damage in the standings.

Aussie Parsons was content in third, securing his first podium in the series after spinning out of the lead on his debut in the rainy opening race.

Humpuss Junior Racing Team’s Darma Hutomo went one better than race one to claim fourth, finishing right ahead of his teammate Yasuo Senna Iriawan, who claimed his best result of the season thus far.

KCMG’s other frontrunner Dan Wells did not get to start the race from third due to a wishbone failure on his car.