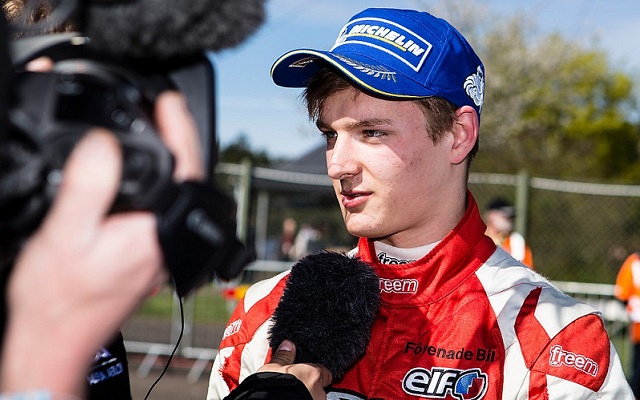 Soderstrom, who starts his third season in FR1.6 and previously had a win at Parnu, won the opening race from pole position, beating the rest of the field by more than ten seconds.

Ilmari Korpivaara held on to second, keeping a train of cars behind him at the checkered flag. Fellow returnees Robert Svensson and Paul Blomqvist were third and fourth respectively.

Laurents Horr, who set the top time in qualifying but was excluded for being underweight, fought his way back to fifth place.

Korpivaara held pole for race two, but was beaten by Soderstrom off the line and eventually finished four seconds down.

Horr battled his way to the podium, while newcomers Linus Lundqvist and Juuso Puhakka completed the top five.