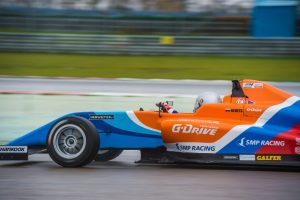 The first drivers have been revealed for the 2018 SMP Formula 4 North European Zone season.

Both Bulantsev and?Morozov have come from karting, while Berets was a points scorer in NEZ and Spanish F4 last year.

The F4 NEZ championship has yet to release a calendar for the 2018 season, but says a seven-round schedule be revealed soon.

Confirmation that the series will continue follows the?creation of Formula Academy Finland, a rival championship set up by former SMP partner Koiranen.

Formula Academy Finland will use the same cars and regulations as F4 NEZ, and has already secured one driver, but will hold all five of its rounds in Finland.

The season opening round will take place at?Ahvenisto in June, which is when the NEZ series visited in 2017.

F4 NEZ also raced in Russia, Estonia and the Netherlands last year, and had an average grid size of 18 cars, an increase on previous seasons.

MP Motorsport, which has won the NEZ and Spanish series in both of the last two seasons, has named Isac Blomqvist as the first member of its F4 roster for this year, with the Swedish karting graduate stating he will focus on the NEZ series.