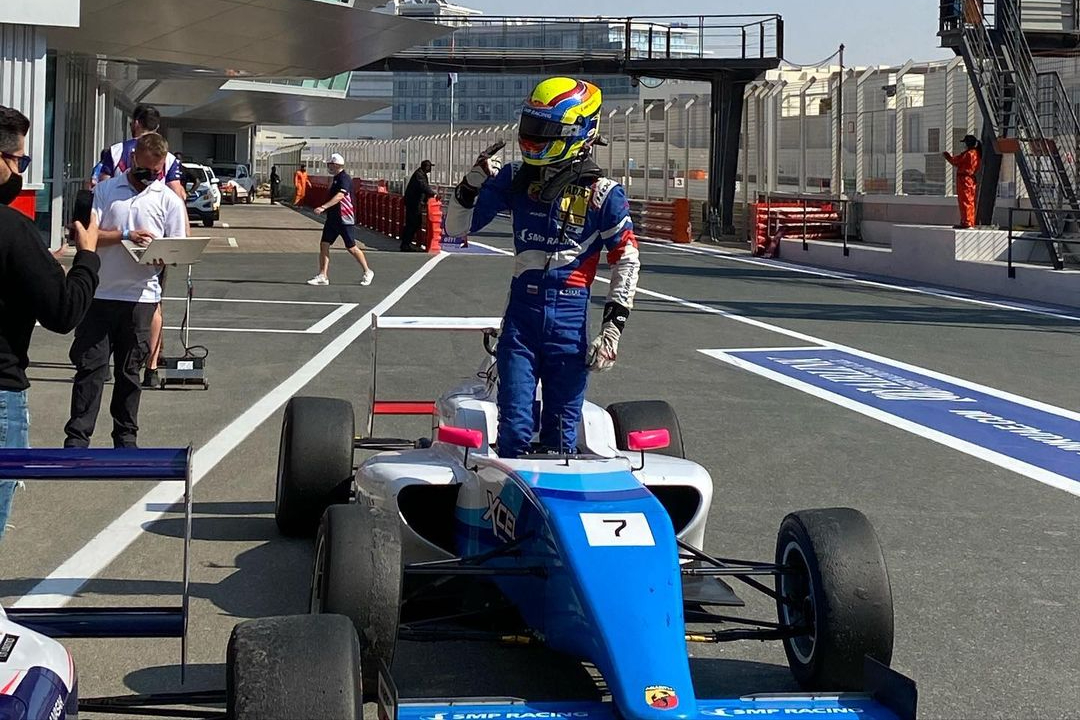 Van’t Hoff began the season’s second day of racing with his second win from three starts, despite stalling from pole.

He only lost one position though, as Cram Motorsport’s Enzo Trulli also stalled, and it was the Prema-run Abu Dhabi Racing driver Hamda Al Qubaisi who led the field.

Her time in the lead didn’t last long, as she left the door wide open for Van’t Hoff at turn seven and he reclaimed first place.

Mucke Motorsport’s Francesco Braschi and Xcel duo Jamie Day and Pepe Marti were then pressuring for second at the end of the lap, before Marti spun round and couldn’t get going again with an electrical issue.

Following the resultant safety car period, Van’t Hoff pulled away, but was then reeled back in by Al Qubaisi and finished 0.813 seconds ahead to win.

Braschi led a train of cars battling for third until the final lap, when Smal barged past. The Italian reclaimed third, and after running side-by-side through several corners there was a four-car battle going into the final corner.

Smal emerged on top, ahead of Day, Braschi and Xcel’s Tasanapol Inthraphuvasak.

The top eight positions were reversed to form the grid for Friday’s second race. Trulli led away from pole as Xcel’s Nikita Bedrin made a slow start from the front row, enabling Inthraphuvasak to move into second.

Starting from sixth, Smal emerged on top in an early scrap with Braschi and Bedrin to run third before the safety car interrupted when Xcel’s Alex Partyshev stopped near the pitlane entry with a puncture.

Smal immediately pounced at turn one to take second from Inthraphuvasak when racing resumed, then caught, passed and pulled away from Trulli in the remaining laps for his first win.

Inthraphuvasak was third and Van’t Hoff came out on top in a close battle for fourth with Bedrin – who briefly lost out to Al Qubaisi.

There was a late collision in the battle for seventh when Day rearended Cram’s Enzo Scionti approaching the final corner while Xcel’s Matias Zagazeta was rejoining the track alongside the pair. Day and Scionti retired, while Zagazeta dropped to ninth.