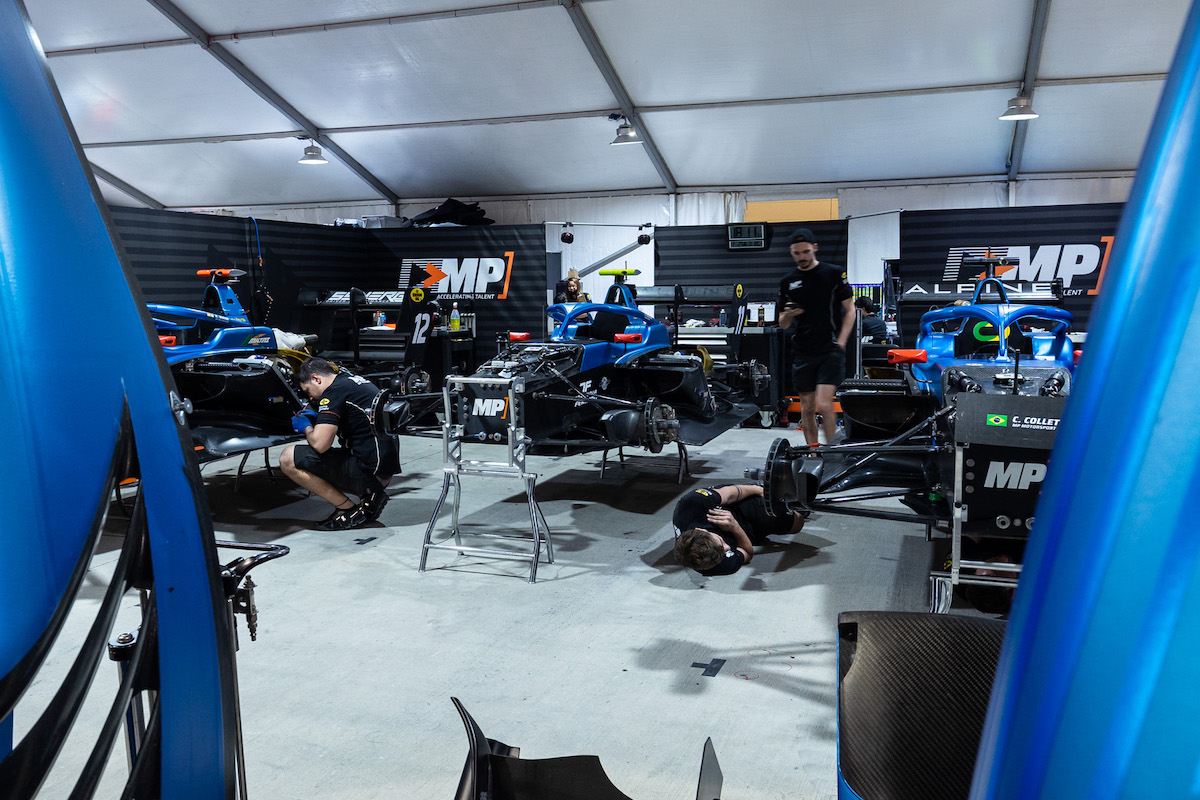 Alexander Smolyar remains part of MP Motorsport’s FIA Formula 3 line-up for 2022 despite an announcement that he would not be taking part this season.

MP ‘confirmed’ its drivers on social media on Thursday morning ahead of the season-opening round in Bahrain, with Smolyar still listed alongside Caio Collet and Kush Maini. An official entry list has yet to be published at the time of writing.

A week ago, Smolyar’s long-time backer SMP Racing announced its drivers would not be taking part in international competition this year in response to the requirements set out by the FIA for Russian drivers to continue competing following their nation’s invasion of Ukraine.

A statement published shortly afterwards on Smolyar’s own social media channels that remains online confirmed he would “stand with” the SMP decision and not compete in F3 or any international series this season.

F3 teams are usually required to field three cars each or face a fine from the championship promoter.

It remains to be seen whether Smolyar will actually race in Bahrain. To do so would, under the demands set out by the FIA, require him to sign a declaration acknowledging “the strong commitment made by the FIA to stand in solidarity with the people of Ukraine, the Federation Automobile d’Ukraine, and all of those suffering as a result of the ongoing conflict” and committing to “not express any support (direct or indirect) for the Russian and/or Belarusian activities in respect of Ukraine”.

SMP Racing was founded by Boris Rotenberg, who is considered a close ally of president Vladimir Putin and faces economic sanctions around the world as a result.

Smolyar is not the only junior single-seater driver whose situation is unclear after the SMP announcement, which also named Formula 4 race winners Kirill Smal and Nikita Bedrin.

Bedrin is continuing to test in F4 in Italy with Van Amersfoort Racing, his team from 2021, although his circumstances differ in the fact that he has not carried SMP branding for around two years. He has not commented on the situation and could be able to compete independently of the programme should he comply with the FIA requirements, which do not apply for tests outside of competition.

As with Smolyar, Smal has consistently represented SMP since karts and also had a statement confirming he would not race internationally this year. He had been set to step up to the Formula Regional European Championship with KIC Motorsport, which postponed plans to announce its third and final driver for this season.

FIA F3 2022 season preview: Can the rookies upset the favourites?