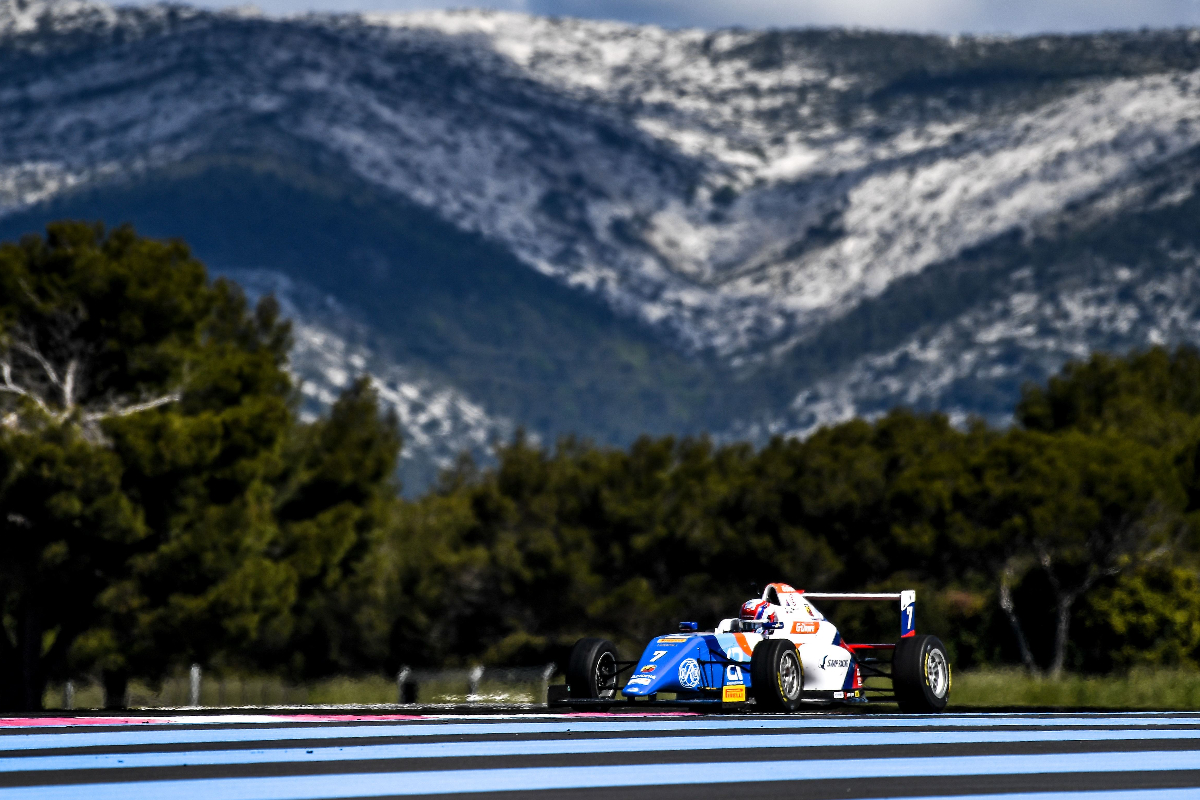 Prema’s Kirill Smal won the first race of the Italian Formula 4 season from pole at a damp Paul Ricard, although a late safety car almost denied him.

Pre-race rain meant the race began with two laps behind the safety car, but no drivers opted for grooved tyres and there was a clean start when racing got underway on lap three.

Smal simply pulled away with every lap, building up a lead of over five second before the safety car came back out with two laps to go as DR Formula’s Pedro Perino spun and stalled at the chicane.

The battle for second had been heating up before that intervention, with US Racing’ Tim Tramnitz holding off continued pressure from Van Amersfoort Racing’s Ollie Bearman. The safety car then returned to the pits for one lap of green flag running, although the result was confusingly then declared several corners into that final lap while Tramnitz was on Smal’s tail.

Prema’s Conrad Laursen was initially fourth, but lost out to team-mate Sebastian Montoya and US’s Vlad Lomko early on. Montoya and Lomko battled until the former made an error that brought R-ace GP’s Victor Bernier close, and after passing Lomko too the Russian went back into Montoya’s clutches. That got messy and resulted in Montoya pitting, and Lomko finishing fifth ahead of Laursen, Iron Lynx’s Leonardo Fornaroli and US’s Luke Browning.

Joshua Duerksen held off a long train of cars to finish ninth for Mucke Motorsport, with Joshua Dufek taking the final point for VAR. AKM Motorsport’s Lorenzo Patrese exited that battle early after a pitstop and then retirement.

Outside of the points there was frantic battles between several of VAR’s drivers, and BVM Racing’s Leonardo Bizzotto was the top single-seater debutant in 16th.