Sirotkin to be Sauber tester in 2014 alongside FR3.5 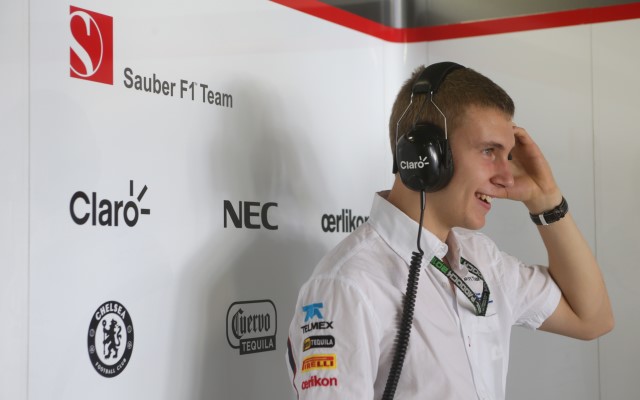 Sergey Sirotkin has been named as test driver for the Sauber F1 Team for next season, a role he will perform alongside a second campaign in Formula Renault 3.5.

Sirotkin joined Sauber earlier in 2013 as part of a rescue deal for the team from Russian investors, with the goal of preparing him for an F1 race seat. The 18-year-old performed a demonstration run at Russian Grand Prix venue Sochi and tested a 2009 Ferrari at Fiorano, but will be understudy to Adrian Sutil and Esteban Gutierrez at the team in 2014.

Sirotkin finished ninth in Formula Renault 3.5 this year with two podium finishes, and says the series will continue to be his focus in 2014. He has recently tested for his 2013 team ISR as well as top squad Fortec Motorsports.

“It?s a big chance for me to become the test driver for the Sauber F1 Team,” he said. “I will work hard to improve myself and to extract the maximum out of this opportunity. Formula One is very complex, so it is important to get an opportunity like this.

“My main focus next year, however, will be the World Series by Renault, which is very competitive. This will give me the chance to prepare even better in order to be ready for the next big step.”

Team principal Monisha Kaltenborn said: ?We have been working with Sergey since August, and he has been able to gain more and more insight into Formula One. Now he is taking the next step towards the top level of motorsport in his new role as a test driver.

“Our experience of him is as a very focused, calm and talented driver. Now we will continue to support him, including obtaining his super license. Our goal remains to prepare him for a debut in Formula One.?