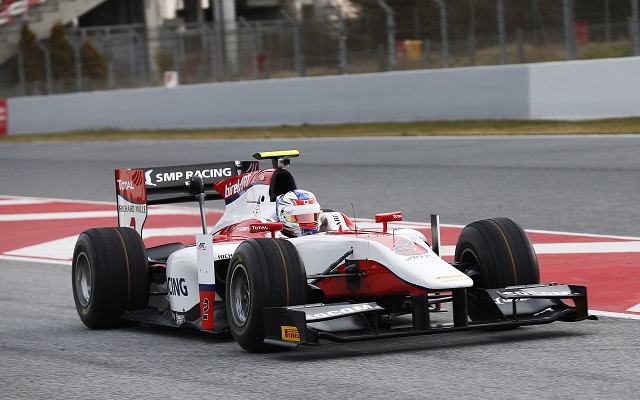 New ART recruit Sergey Sirotkin was quickest on day one of the GP2 pre-season testing at Barcelona.

The Russian, who joined?reigning teams’ champions ART?after being the top rookie of the 2015 field, dominated the morning session alongside Pierre Gasly and Alex Lynn.

The former teammates were less than a tenth behind Sirotkin with Gasly narrowly taking second for his new team Prema.

Affected by rain, the afternoon session was ran on a drying track.

King in sixth was more than three seconds behind as the top 10 was completed by Evans, Gasly and Renault junior Oliver Rowland.

The day’s running was interrupted by red flag three times, caused by Nabil Jeffri hitting the barrier, Rowland stopping on track and Malja landing his car in the gravel trap.