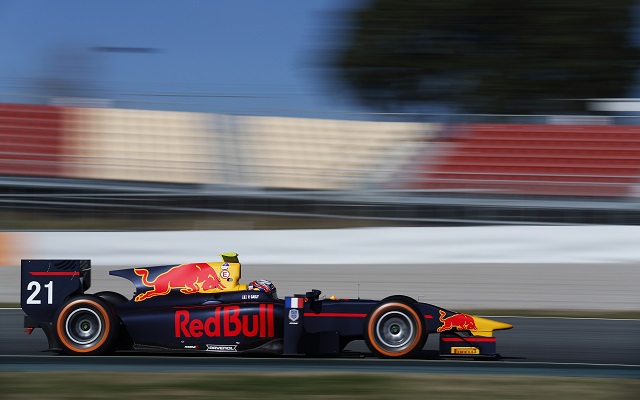 Although the?Prema driver was narrowly beaten by?Sergey Sirotkin in the morning, Gasly went on to improve the benchmark by further two tenths in the afternoon.

The Russian set his time of 1m27.971s in the early parts of morning practice?and stayed first for the rest of the session, which was once interrupted by Antonio Giovinazzi stopping on track.

He was just a tenth quicker than Gasly, the Frenchman?beating Racing Engineering duo Jordan King and Norman Nato to the spot.

Raffaele Marciello and Mitch Evans ended up fifth and sixth respectively, followed by the Carlin of Rene Binder, who replaced William Buller at the team.

Being?one of few drivers able to match their morning pace, Gasly topped the second session by more than a second.

Binder once again made it to the top 10 in seventh, ahead of Jimmy Eriksson, Gustav Malja and Ghiotto.

After being absent?yesterday, Status kicked off his testing programme with Meindert van Buuren and Sergio Canamasas.