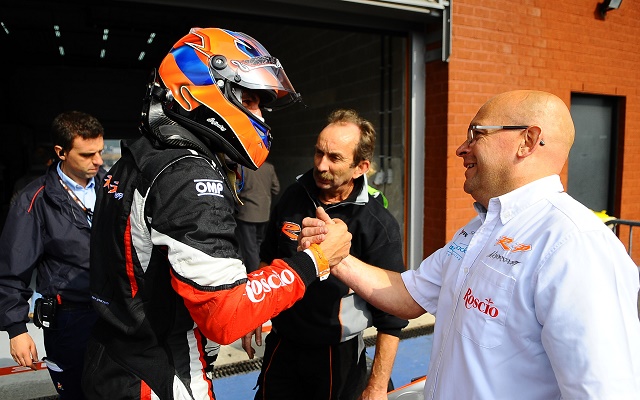 Dzhon Simonyan and Antoni Ptak have both confirmed they will race in the 2015 Euroformula Open season with RP Motorsport.

Both drivers took part in the first round of the Euroformula Open Winter Series at Jerez, with Simonyan finishing as top RP driver on day one.

Simonyan, 23, started his racing career two years ago in Formula Renault 2.0 Alps with GSK Grand Prix. He wasn’t able to score points in his first season and switched to Euroformula Open to team up with RP Motorsport.

He showed good pace throughout the 2014 season, but it was an accident-packed campaign for the Russian, featuring seven retirements. Still, he secured a podium at Spa-Francorchamps and ended the year in 11th.

Ptak, who is the sixth addition to RP’s lineup, will make the big move from karting to the Toyota-powered F3 cars.

The 17-year-old has been racing in Rotax karts in the past few years, his most notable results coming in 2013 as he finished seventh in both the Formula TaG Junior and Rotax Junior categories in the Florida Winter Tour.

While there is still almost two months until the first round of the 2015 Euroformula Open season, the grid is shaping up nicely, with 14 entrants having been already announced.