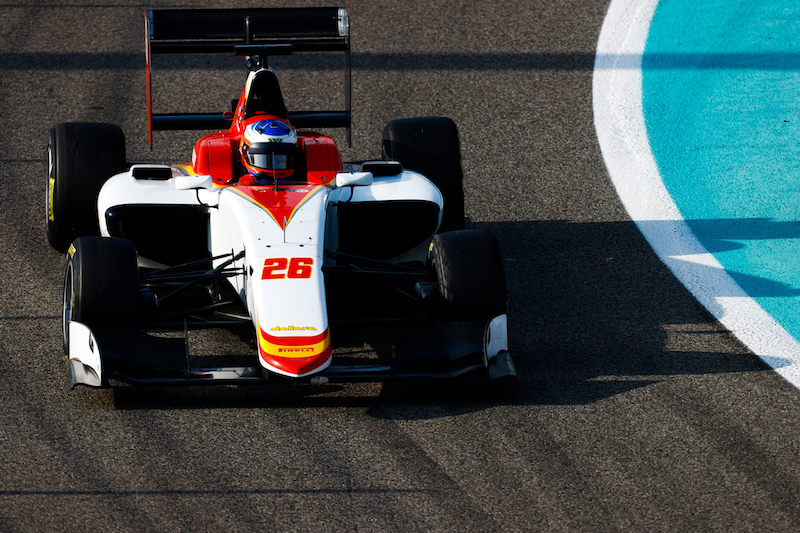 Finnish teenager Simo Laaksonen will step up to GP3 this year with Campos Racing, on the back of his successful Euroformula Open campaign with the team.

The 19-year-old finished sixth in EF Open for Campos last year, appearing on the overall podium twice, after three years in Formula 4 across the French and German series without major success.

He tested with the team in the Abu Dhabi post-season GP3 test, making an appearance at the foot of the top 10 in the last of the six sessions across the three days.

?I am very happy that our co-operation continues in GP3 this season,” said Laaksonen.

“Our test in Abu Dhabi also showed that they have top speed in GP3. I know that the GP3 Series is really tough, especially for rookie drivers, but with a familiar team and a good preparation time, I?m confident.?

Adrian Campos Jr, the team’s sporting director and son of the founder, said:?”This season will be a very challenging one [for Laaksonen], but after seeing his progress last year in his rookie EF Open season, we are all very confident and will do our best to help him achieve his goals.”

Laaksonen is the third confirmed driver for the 2018 season, after ART Grand Prix pair Callum Ilott and Nikita Mazepin

Pre-season testing starts at Paul Ricard on February 21-22, with further dates at Jerez and Barcelona.