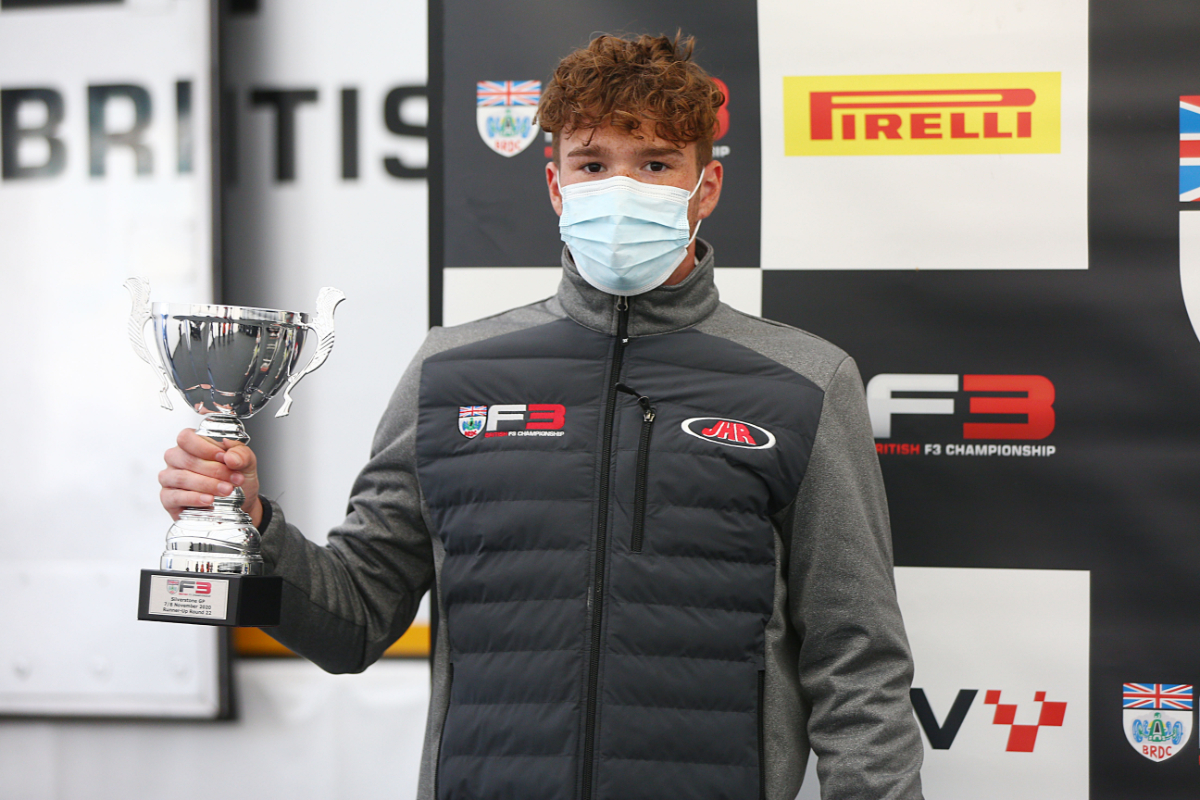 Ayrton Simmons reckons JHR Developments could be a frontrunner in BRDC British Formula 3 next year, after taking podiums with the team on his latest series return.

The Anglo-Spaniard finished second in British Formula 4 with JHR in 2018, before stepping up to British F3 with Chris Dittmann Racing and winning three races in a title challenge in that series.

This year he moved on to Euroformula with Double R Racing, but budget issues meant he only contested half of the season. He made two cameo appearances in British F3 too, winning twice with CDR at Brands Hatch, then joining JHR at Silverstone.

“I’ve absolutely enjoyed this weekend,” Simmons said at the time. “It’s been tough and a lot of hard work, day and night, and the team have done an amazing job. Two podiums is what they deserve.”

JHR had only entered two British F3 rounds prior to the Silverstone season finale, with one top-ten finish, and Simmons qualified fourth fastest before taking second and third place finishes.

“I think the team are now in a position where they could be title contenders for next year. I’m very happy with the work that we’ve done and very pleased for the whole effort.”

Since the end of the British F3 season, Simmons has been back in Euroformula action testing with Drivex School at Estoril.

Euroformula squads Carlin, Drivex and Motopark are going on an Iberian testing tour over winter while various European countries go in and out of lockdown periods, and last week they held the first of their planned tests at Estoril.