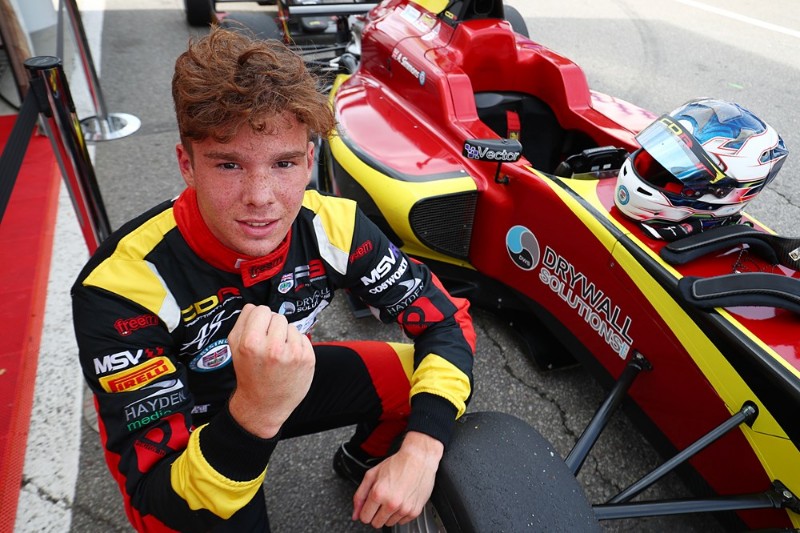 Ayrton Simmons will make a one-off return to BRDC British Formula 3 this weekend at Brands Hatch with Chris Dittmann Racing.

The Anglo-Spaniard currently races in Euroformula as Double R Racing’s sole driver, while CDR has been fielding Nico Varrrone and Josh Skelton in British F3 this year. Simmons will replace Varrone in the team’s line-up for Brands Hatch.

“I’m just really looking forward to it. I had lots of fun last year in British F3 and we were very competitive. It’ll be good to see how much the car’s changed with the new aero upgrade and how much the grid has evolved from last year.

“There’s no pressure, really, I haven’t driven one of these cars in eight or nine months now, and I’ve never driven it with the latest upgrades. We’re there to help Chris, and obviously to support Josh as well. I’m really looking forward to it – should bring back some good memories.”

In addition to welcoming Simmons, CDR team boss Chris Dittmann confirmed Varrone will not be returning to the squad.

“It’s disappointing Nico will not continue with the team for the remainder of the season,” he said. “He made steady progress during the first few events but unfortunately was always on the back foot after limited pre-season testing.

“However we’re thrilled to welcome Ayrton back to the team after a phenomenal season last year with us. Josh has shown great pace in testing recently, and I’m sure both drivers will be pushing each other hard. We’re confident the team’s first British F3 win of the year is just around the corner…”