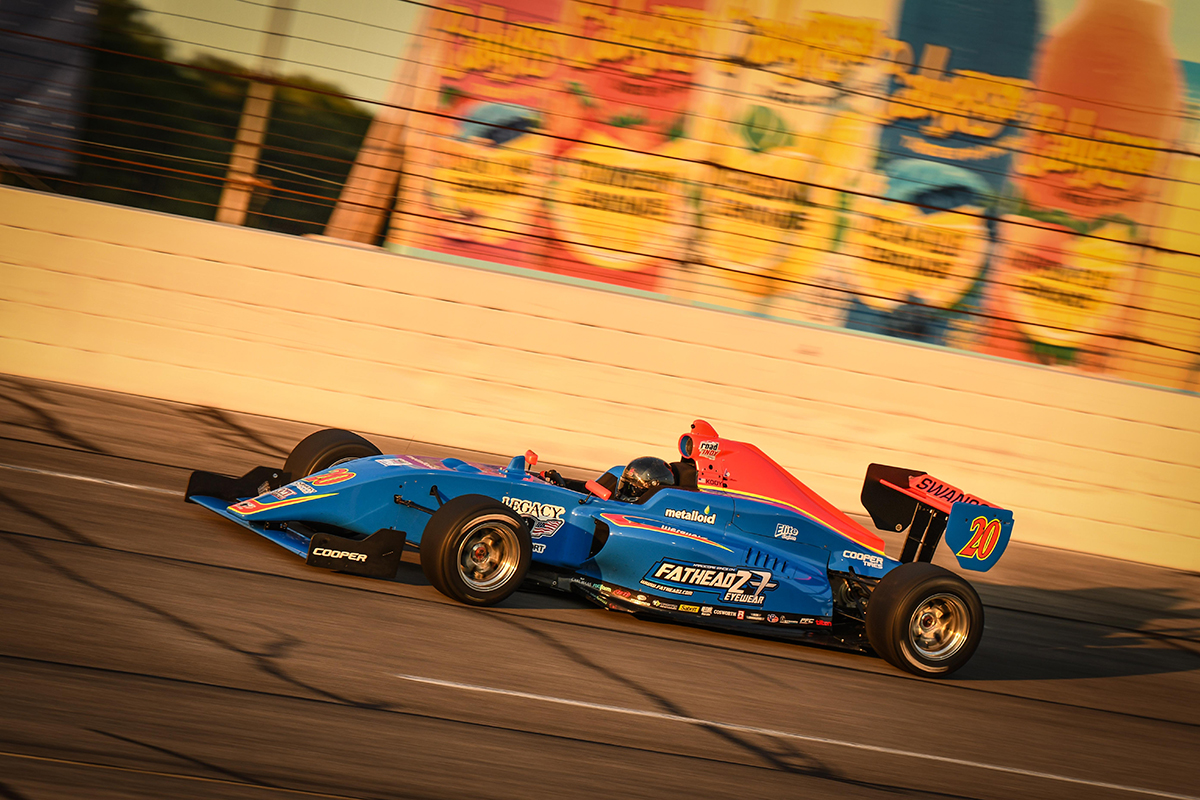 The 32-year-old will now stay in IP2000 for a second week, and is already 14th in the points despite missing the first five races.

“I was familiar with the Road to Indy, and while I’ve known people in the sport and in the series, it was never intimately enough to make a break to drive in it myself. But I know how the ladder system works, that it is a path to Indianapolis for someone like me,” said Swanson.

“Although I’ve been to World Wide Technology Raceway [Gateway] before, the Legacy Autosport guys have talked to me about the importance of the draft – and while the Silver Crown cars can draft there and I’m familiar with the idea, it’s not to the level that it’ll play in these cars.

“I obviously have more experience now, I know a little bit about how the car reacts, but still, it’s a whole new set of challenges to learn and a bunch of good drivers and experienced teams to try to have to learn that against. I’m looking forward to the challenge and finding out where we stack up.

“We had a great night last week and while there’s still pressure to perform this weekend, I’m just focusing on the opportunity to gain more experience at a new speed and a new type of racetrack and continue to move forward.”

The series also announced that it will also test at the 1.25-mile oval on Friday.