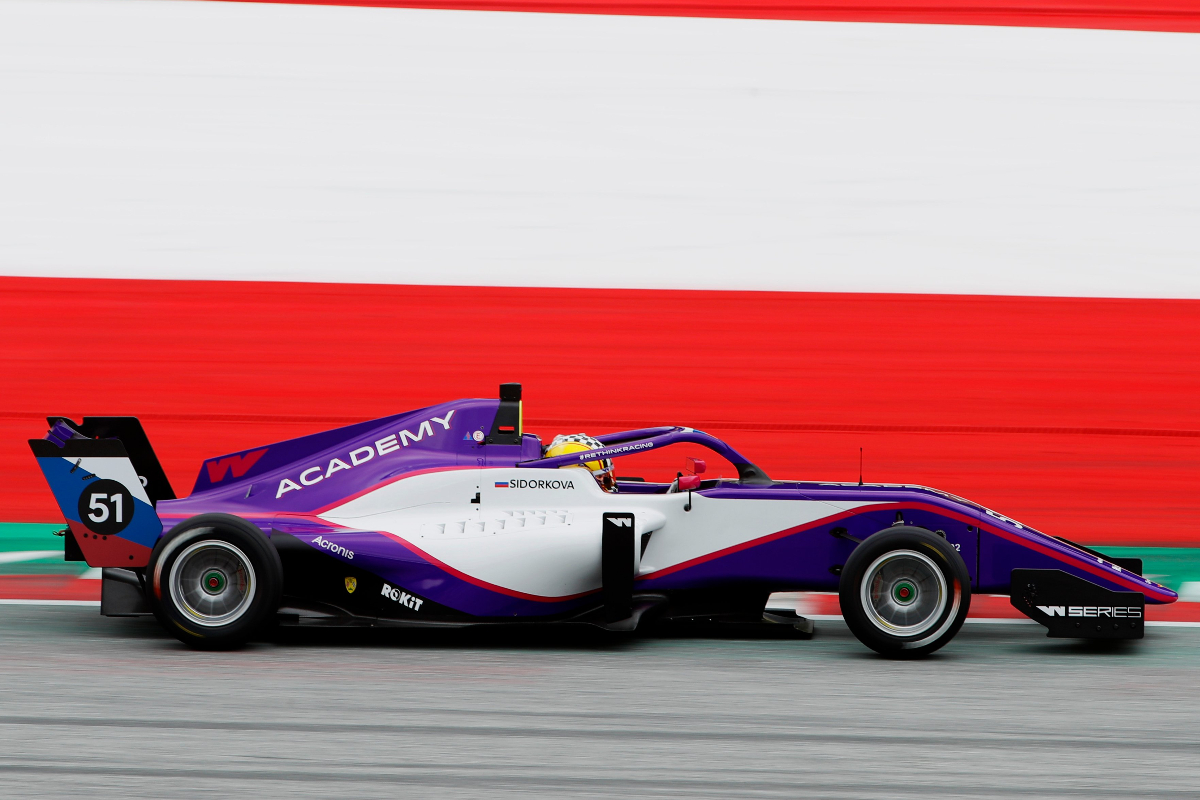 Irina Sidorkova says her first W Series podium at the Red Bull Ring has boosted her confidence going into the third round at Silverstone.

The 18-year-old hailed her second place in round two of the season as the best race in her career, becoming the first rookie this year to make the podium after a confident race battling with Emma Kimilainen.

It was a stark contrast to the start of her year in Asian Formula 3, which uses the same Tatuus T-318 chassis and Alfa Romeo engine as W Series, with her maiden Regional F3 campaign including pace struggles, an injury and bruising while driving.

“It was I think the best race in my career, because it’s my first podium in formula [3] in single-seaters,” Sidorkova said of last weekend’s W Series race.

“It’s so opposite from the previous week because I had so much bad luck.”

Sidorkova added that she thinks she “will have a good race at Silverstone” off the back of her breakthrough podium.

“Of course now I feel much more confident because I did better today [in round two] . It’s not a secret, so it motivates me more. But we will see, I will try my best.”

After a successful few years in junior touring cars, Sidorkova transitioned into single-seaters at the end of 2018 and contested a double programme in Formula 4 in 2019. She claimed a best finish of sixth in the Spanish championship, and made the podium twice in the SMP championship in her native Russia. Her W Series podium is her best ever open-wheel result.

“I was doing unneeded moves and my mission for this weekend was to correct all mistakes, and I corrected all my mistakes. I was calm in the race, calm in the quali, I was trying to go fast, so not nervous.”

Sidorkova’s place on the 2022 W Series grid has already been guaranteed on the basis of being the youngest of this year’s drivers, although series regulations would rule out a return if she was to win the title.

“The W Series championship has a lot of fast drivers so I will try my best,” she said, ruling out a title challenge.

“But I can’t say that I will be fighting for the championship because there are so many fast drivers who have much more experience.”