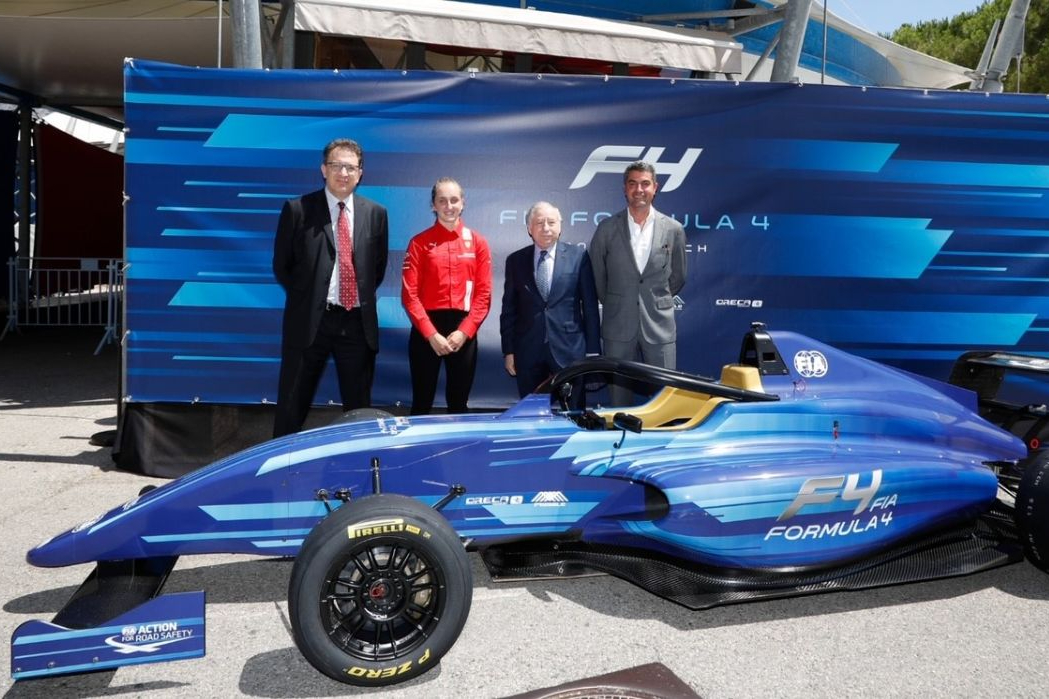 Mygale’s halo-shod second generation Formula 4 chassis made its display debut at the FIA’s annual conference in Monaco this week.

The French manufacturer released renders of its new-for-2022 car in February, which showed similarities to its unraced Regional Formula 3 design.

The prototype model was unchanged from those renders, including the simple front aerodynamics that distinguishes Mygale’s next-gen F4 car from Tatuus’s design, and was displayed with Pirelli tyres.

“It gives me great satisfaction to unveil the second-generation F4 car here in Monaco together with representatives of the FIA community from around the world,” said FIA president Jean Todt.

“Since their introduction in 2014, FIA-certified F4 championships have proved to be a success, with racing currently organised in 11 countries,” he continued.

“The essential base of the FIA’s single-seater pyramid has been significantly strengthened for the future, with the focus rightly placed on our commitment to improving safety across all motor sport, whilst ensuring that costs are controlled. Our objective is to give young drivers the best opportunity to demonstrate their talent.”

Besides the inclusion of the halo cockpit protection device, and an increase in total size of the car as a result, other design changes for the homologiation of the new cars include an upgraded survival cell with strengthened anti-intrusion panels.

“The second-generation F4 car has been carefully developed by the FIA and its suppliers and partners to offer a significant upgrade in the key areas of safety and performance whilst remaining cost-effective for championship organisers and competitors,” said Masi.

“By continually working to cascade the knowledge and advancements made in F1 to junior categories, we are offering the best possible preparation to the next generations of drivers, and I’m looking forward to seeing the new F4 car in action on the race track in the coming years.”