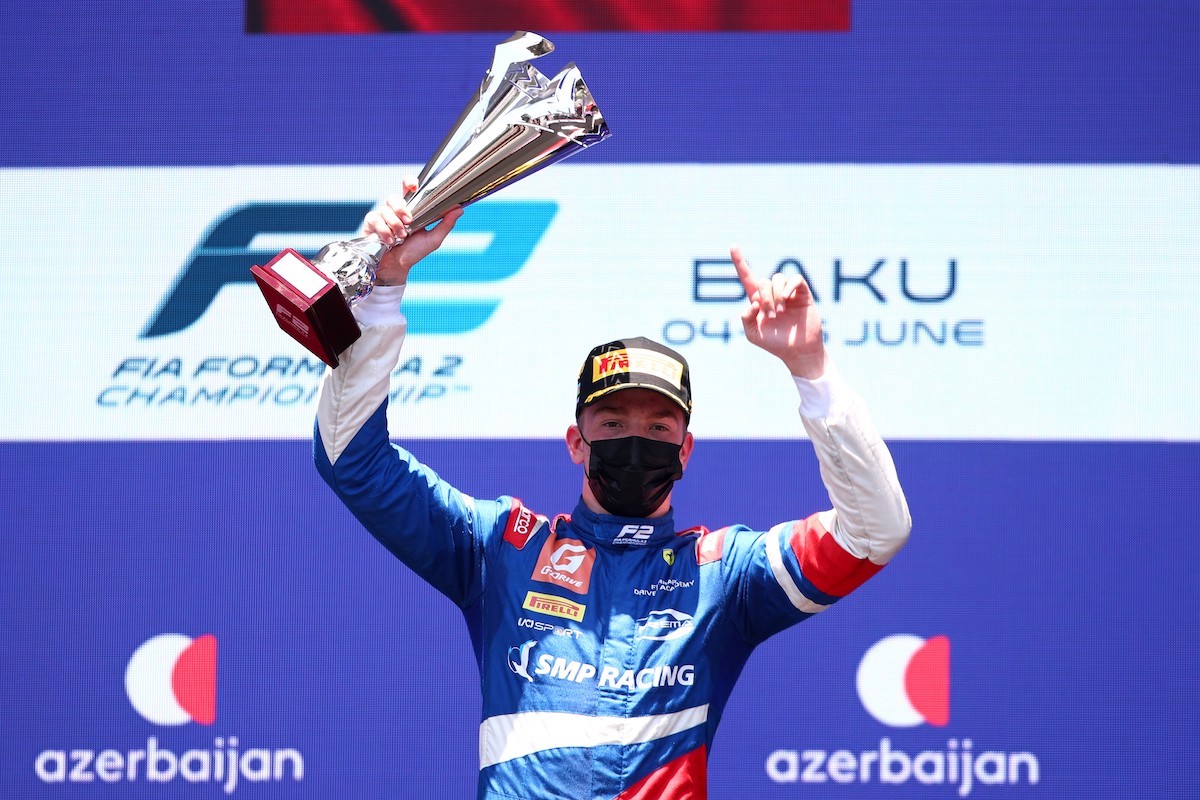 Ferrari has promoted its former junior Robert Shwartzman to a Formula 1 reserve driver role for 2023, in addition to giving the Russian a seat in sportscar racing.

Shwartzman joined the Ferrari Driver Academy in late 2017, days before the final round of the Formula Renault Eurocup which he would end up finishing third in.

Under Ferrari’s watch he went on to win the Toyota Racing Series and finish third in FIA European Formula 3 in 2018, win the FIA F3 Championship in 2019, take four race wins as a Formula 2 rookie in 2020 and then be runner-up in the series in 2021.

There was no F1 seat awaiting him after that, and Ferrari made him its test driver for last season while retaining him in its driver development programme. Due to a new rule mandating teams run inexperienced drivers in at least two free practice sessions, Shwartzman got to drive for Ferrari on the Friday of the United States and Abu Dhabi Grand Prix weekends.

Shwartzman again missed out on an F1 seat for 2023, and a place in Ferrari’s hypercar line-up, but did start the year by conducting an IndyCar test with Chip Ganassi Racing.

However his racing future now lies in GT3 sportscars, as Shwartzman will drive one of the factory-blessed AF Corse-run cars in GT World Challenge Europe’s Endurance Cup.

The five-race schedule includes the Spa 24 Hours, and date clashes mean Shwartzman will not be available as Ferrari’s reserve for the Spanish, Austrian and Belgian Grand Prix.

He will be sharing reserve duties with former F1 driver Antonio Giovinazzi, whose own Ferrari sportscar committments in the hypercar class of the World Endurance Championship clash with F1 and means Shwartzman will likely be the on-site reserve driver for the Saudi Arabian, Azerbaijan, British and Brazilian grands prix.

Ferrari also announced that Formula 4 graduate Conrad Laursen will drive for AF Corse in the Asian and European Le Mans Series in a car shared with his father Johnny and Ferrari factory driver Nicklas Nielsen.

The older Laursen is already an ELMS champion, while the younger of the two has a single weekend of GT racing experience having done a round of Ferrari Challenge Europe last year.

Laursen Jr has raced in F4 since 2020, winning the Danish title as a rookie and then driving for Prema in the ADAC, Italian and United Arab Emirates series. In Italy he claimed two podiums in two seasons, won a race from his six rounds in the German series and took three podiums from his part-time UAE venture.