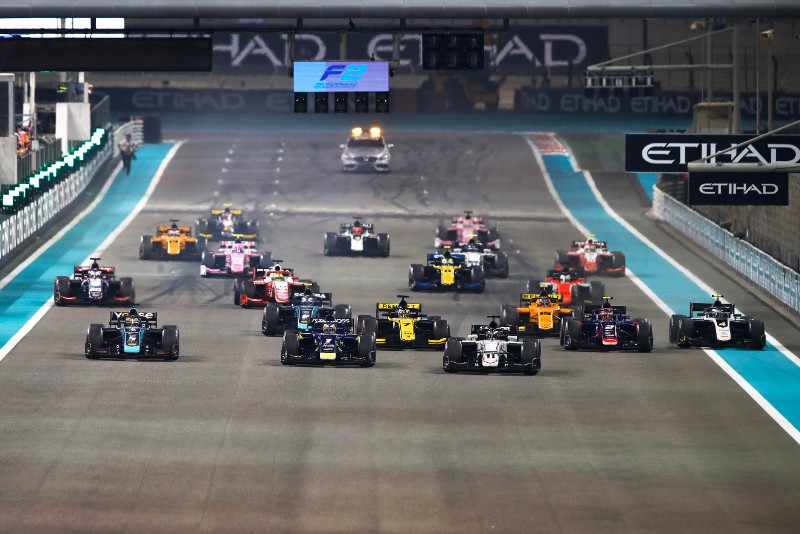 Carlin’s Deletraz stormed from third on the grid to take the lead on the opening lap, going wheel-to-wheel with Sauber junior Callum Ilott through Turn 1 to take the lead.

Ilott had to settle for second while poleman Sette Camara fell to third at the start.

The top three all started on the supersoft compound tyre, which quickly degraded and allowed soft tyre runner Nobuharu Matsushita to charge from fourth into the lead within four laps.

Almost all the drivers who used the supersfoft tyre first pitted at the end of lap six.

This left Carlin’s Matsushita alone up front, with Virtuosi Racing’s Guanyu Zhou chasing him down. The Chinese driver had taken the gap from over six seconds down to just a few inches before Matsushita pitted with four laps to go and came out in third place.

Meanwhile, Sette Camara had caught fellow early pitter Deletraz and passed him for what became the net lead when the top two pitted. Deletraz’s decline continued with Matsushita and Zhou passing him after their pitstops.

There are now eight points separating DAMS’ Latifi, team-mate Sette Camara and Ghiotto in the fight for second in the standings.

Despite a five-second penalty for a infringement of the Virtual Safety Car procedure, Trident driver Giuliano Alesi finished eighth and will start on pole for the sprint race.

Prema’s Mick Schumacher was ninth place for the first time this year, while Nikita Mazepin came from the back of the grid for 10th. His title-winning ART Grand Prix team-mate Nyck de Vries struggled to 13th, just ahead of series debutant Christian Lundgaard (Trident).

Mahaveer Raghunathan was the cause of the VSC after going off in his MP Motorsport-run car, and held the fastest lap early on after starting from the pitlane. He was only racing due to a rulebook technicality, having accumulated enough penalty points for a second race ban.