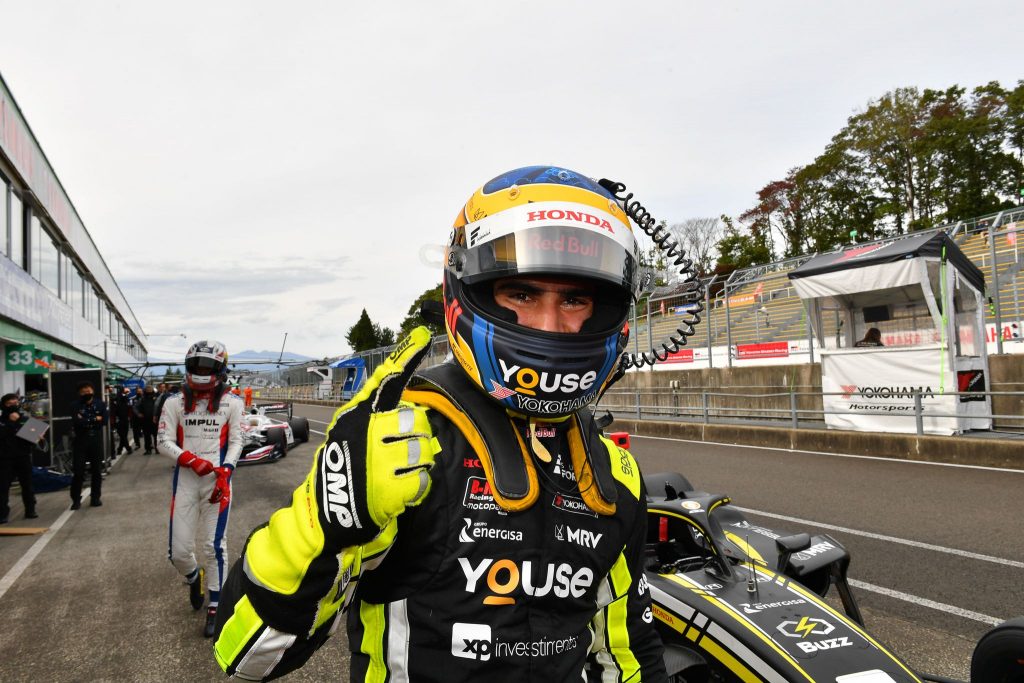 Sergio Sette Camara will start his first Super Formula race today from pole, but his disrupted pre-season means he is yet to do a practice start in the car.

The Brazilian contested the single pre-season test, but then missed the first two rounds of the season due to restrictions on foreign nationals entering Japan in wake of the coronavirus pandemic.

He made it into the country in time for Saturday’s practice sessions at Sportsland SUGO, which is hosting round three of the season, and had limited running there too as he span and brought out red flags.

In qualifying he was due to not make it out of the first segment, but a laptime removal for another driver enabled him to progress and he took a surprise pole in Q3. However the 22-year-old is yet to actually make a practice start in the Dallara SF19.

“It is a dramatic track. Easy for drivers to make mistakes here,” Sette Camara said after taking pole.

“We have thought about some different strategies in the race; probably not thinking we were going to start first. We’ll need to rethink the strategy, but the most important thing now is to get off the line, it’s going to be my first start ever in Super Formula.

“It’s very unusual for your first start to be a race start. So focus on getting off the line, and then the team will take the calls through the radio and hopefully we can do a good job.”

Since graduating from Formula 2 at the end of 2019, Sette Camara has rejoined Red Bull’s Formula 1 fold as reserve driver, and made his Formula E debut with Dragon Racing in Berlin. His SF pole is his first since his final F2 appearance.

“It’s an amazing feeling. It’s the first race for us this year. So the team has suffered as well as I did, because I was not here. And we had to come to Sugo and adapt quickly. We did the right things, we took the right choices, and we got a good result. Extremely happy and I have to thank everyone who supports me, and my team B-MAX Racing.

“I don’t know why foreign drivers do well here. Because actually this is quite a difficult track. There’s a lot of high-speed corners, so you need to be confident with the car, becase it’s high stakes. You do a mistake, you do a mistake at high-speed.

“Super Formula is a very high-level series. The bar is amazing. I think everything, the tyre choice, the engine choice, the downforce level, makes for very exciting racing, and as a driver there are few cars in the world more exciting to drive than this. It’s really a nice place to drive, I’m really happy to be here. I absolutely love it.