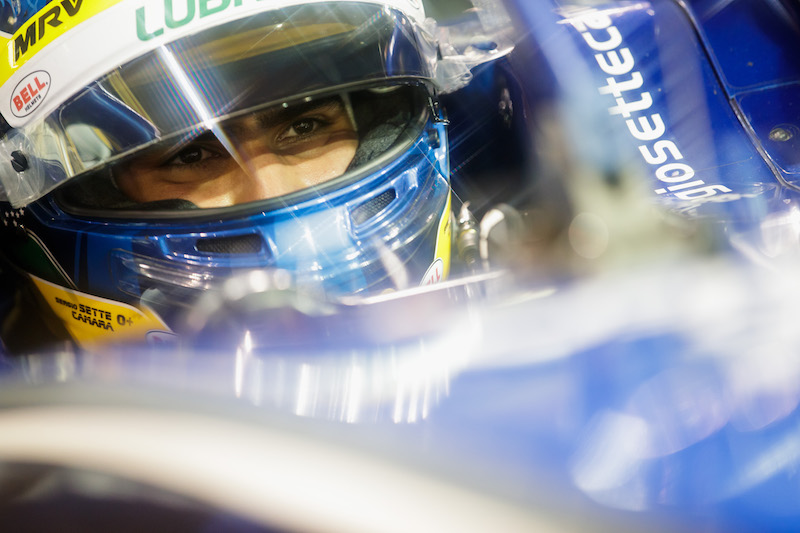 Sergio Sette Camara has switched to DAMS for this week’s Formula 2 post-season test in Abu Dhabi ahead of an anticipated title bid in 2019.

The Brazilian driver will spend all three days of the test with DAMS as team-mate to Nicholas Latifi, who is set to stay with the French outfit for a fourth consecutive season next year.

Sette Camara spent this season, his second in F2, driving for Carlin, and came sixth in the standings with eight podium finishes. Together with Lando Norris, he helped Carlin claim the teams’ title.

The 20-year-old has recently joined the McLaren Formula 1 team as a test and development driver for 2019, effectively assuming those roles from Norris as the Briton is promoted to a race driver role.

Latifi came ninth in the standings in the first year with the new F2 car, having finished fifth in 2017 with the previous model.

DAMS came third in the teams’ standings, with Latifi’s team-mate Alex Albon remaining in contention for the drivers’ crown until the final round in Abu Dhabi last weekend.

Albon is poised to step up to F1 with Toro Rosso in 2019: a move that now appears a formality after he parted company with the DAMS-run Nissan Formula E team that he had been set to race for.

Carlin announced the returning Nobuharu Matsushita as its first race driver for 2019 on Monday.