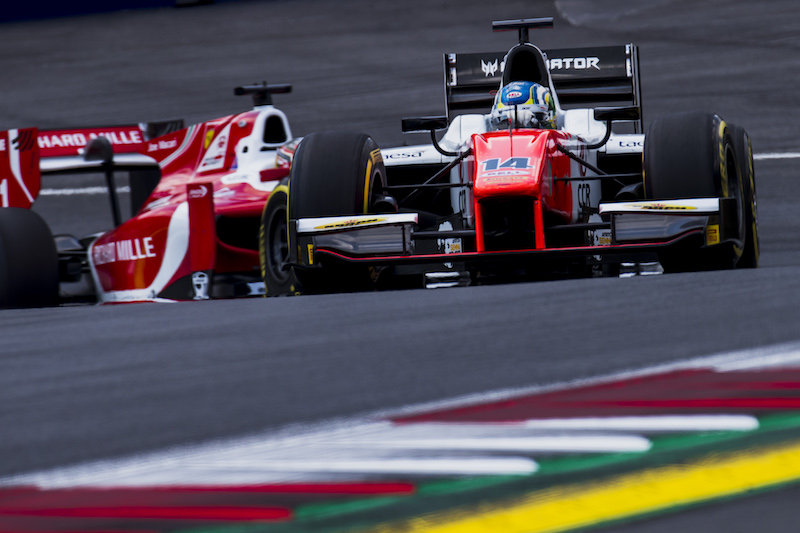 Sergio Sette Camara has been stripped of his impressive front-row start for the Formula 2 feature race at the Red Bull Ring after he ran out of the necessary amount of fuel at the end of qualifying.

The Brazilian rookie was the closest driver to the unbeaten Charles Leclerc on both the first and second runs in qualifying, but at the end of the session he stopped in the gravel trap by the side of the track on the exit of Turn 7.

In scrutineering after the session, it was found that Sette Camara’s MP Motorsport car had less than the one litre of fuel remaining that is required to give a sample.

He will now have to start the first race from the back of the grid, with Antonio Fuoco promoted into his place to create an all-Prema front row.

Sette Camara, whose previous qualifying best had been 10th place, had also slowed to a halt in the final corners of the lap at the end of the earlier practice session.