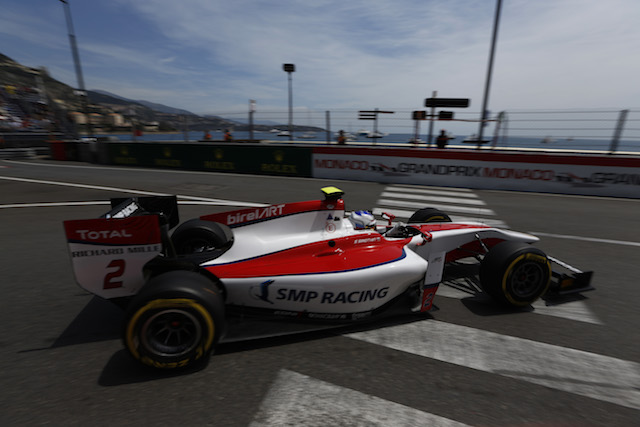 Sergey Sirotkin was fastest in a bruising GP2 free practice session on the streets of Monaco.

The Russian set his best time?of 1m20.361s on a lap where he skipped part of the?Nouvelle Chicane.

Norman Nato, the feature race winner in Barcelona and a Formula Renault 3.5 victor in Monaco, was just 0.079 seconds behind ART driver Sirotkin.

Alex Lynn took third ahead of?Arthur Pic and Nato’s Racing Engineering team-mate?Jordan King, who led the session at one stage.?Mitch Evans was sixth, hoping to capitalise on his strong Monaco record after a shocker?in Barcelona.

Seventh was championship leader Pierre Gasly. He went quickest by eight tenths of a second early on, but then immediately crashed at Ste Devote, ripping the rear-left wheel and rear wing off his Prema car.

At the restart after a virtual safety car,?Nobuharu Matushita?locked up and went straight on into the barriers at the same point, something that?Daniel De Jong?also did shortly afterwards.