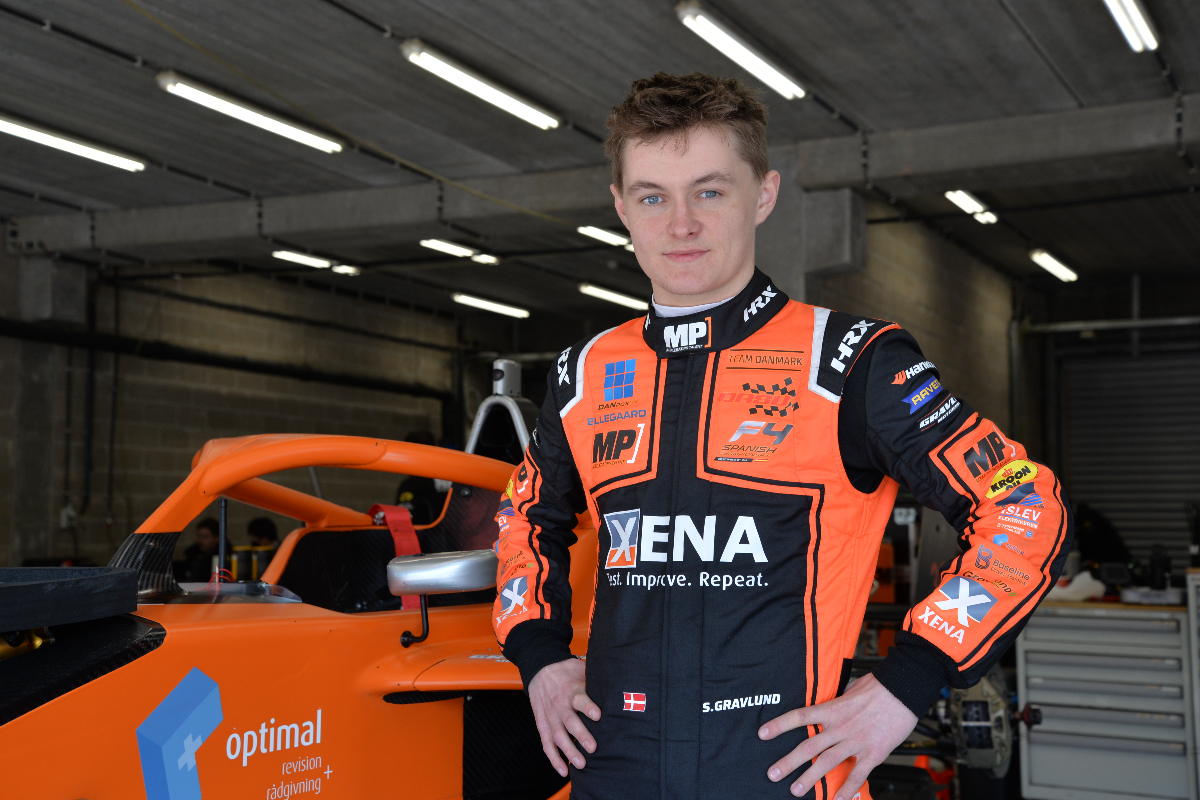 Sebastian Gravlund will move from the Danish to the Spanish Formula 4 championship for his second year in single-seater racing, joining the MP Motorsport team in Spain.

The 16-year-old graduated from karting career midway through 2021, taking on the last three rounds of the Danish F4 season with Team FormulaSport and claiming one podium to come ninth in the standings.

He then began testing with MP in November with its first-generation F4 car, and has recently been in action at Spa-Francorchamps with the team’s new Tatuus T-421 chassis it will campaign in Spain.

“I am delighted to be driving for MP in the Spanish F4 championship,” said Gravlund.

“For years they have been the team to beat, they really know what it’s like to win in F4. I can’t think of a better basis for a successful first year in the monopostos. I’m looking forward to hitting the track!”

His team-mates are set to be Tymoteusz Kucharczyk, winner of the most recent edition of the Richard Mille Young Talent Academy shootout, and Valerio Rinicella who is part of the Top Gun by Pro Racing project launched by Formula 1 grand prix winner Fisichella and sportscar racer Marco Cioci. MP’s development driver Miron Pingasov is also targeting a race seat.

“At MP, we would like to welcome Sebastian to our F4 team,” said MP’s team manager Sander Dorsman.

“With a series of excellent results in the Danish championship, Seb has made a great start to his motorsport career. That experience will give him an edge as he joins us in the Spanish F4 championship with his first full season in single-seaters. I am convinced that he will perform well.”