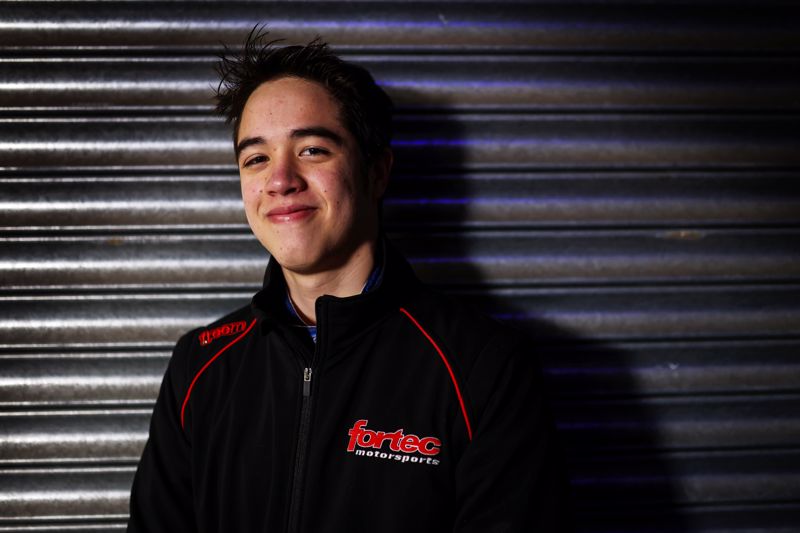 Fortec Motorsports has become the latest team to fill all of its GB4 seats, signing Anglo-Malaysian karter Nik Taylor as its third driver.

Taylor has been associated with Fortec since the end of 2020, conducting a British Formula 4 test programme through last year while evaluating a move into the championship.

Since Fortec took delivery of the first-generation Tatuus chassis to be used in GB4 he has been testing that car too and now opted to race in the new series rather than British F4 which will use Tatuus’s recently introduced second-generation car.

“The pace in pre-season testing has been looking good and I am comfortable with the car in the wet and dry. I can’t thank Fortec and Richard and Oliver Dutton enough for this opportunity, I couldn’t have done this without their support.”

The 16-year-old will be team-mate to Formula Nordic race-winner Elias Adestam and karting graduate Jessica Edgar.

Fortec’s team manager Oliver Dutton said: “We’re really pleased to complete our GB4 entry with Nikolas, he’s really impressed us in testing so far and his pace is excellent considering his lack of race experience. We’re confident he will start the season strongly at Snetterton and further improve from there as he builds up more track time.

“We’re excited to get racing now with Nikolas joining Jessica Edgar and Elias Adestam in our three-car GB4 entry, which should develop drivers with a view to them moving up to our GB3 team in the future.”

There are currently nine drivers signed up for GB4, which holds its inaugural round this weekend at Snetterton, with three teams having filled their line-ups. Five teams however are yet to announce any drivers, and Hillspeed has already said it will miss the season opener with no drivers signed and having opted to sell several of the cars it bought.