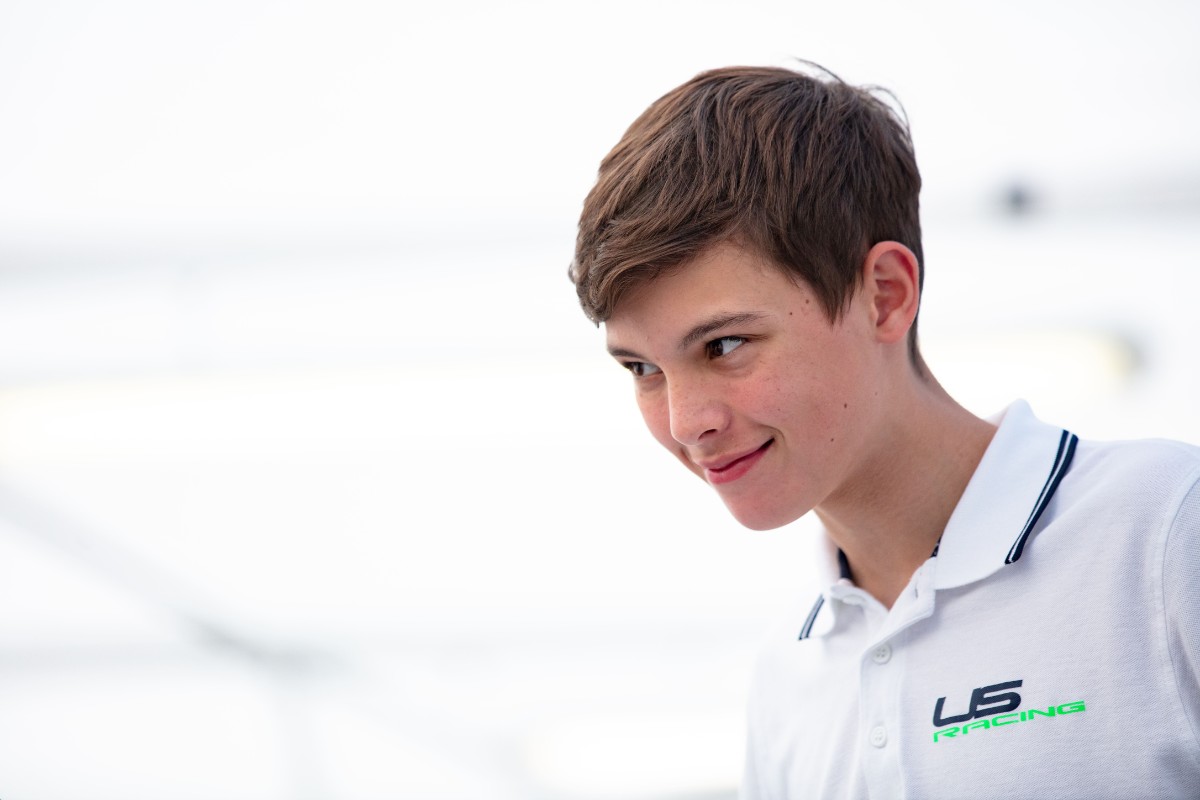 Britain’s latest car racing prospect wasn’t even planning to race in single-seaters this year, but 15-year-old Ollie Bearman has adapted quickly in two of the world’s most competitive Formula 4 series

Bearman first came to Formula Scout’s attention during the pandemic lockdown period earlier this year, when Esports was the most popular way for racing drivers to be spending their time. The iRacing regular and successful karter entered the two Isolation Dallara F3 series, and came ninth in the points in the first edition of that championship.

His opposition included professional single-seater and sportscar drivers, as well as many from the junior ranks, and there were few who were as young or as inexperienced as Bearman – in the real world or on simulators – who managed to make an impact against the starring names. Bearman’s impact was of course helped by his April Isolation win at a virtual Road America win coming in a NHS-liveried car at a time when front-line workers were on everyone’s mind.

“[It was] just something to do, really. I guess I was racing anyway a lot, on the simulator, and it’s good to race against people who I haven’t raced against,” Bearman tells Formula Scout. “For example like the Formula 1, Formula 2, Formula 3 drivers, I wouldn’t have had that opportunity in real life for a while yet. It was good to race people.”

Two months after that success, Bearman was on a real track with Mucke Motorsport at Misano for Italian F4 testing. He was just over half a second shy of the pace on what was his third day in a car, having previously clocked up two days in one of British F4 team JHR Developments’ private tests at Valencia Ricardo Tormo.

After a second test at Imola, Bearman signed a test deal with Mucke to prepare him for a move into single-seaters for 2021, either in British or Italian F4, while concentrating on graduating to senior karts for 2020. 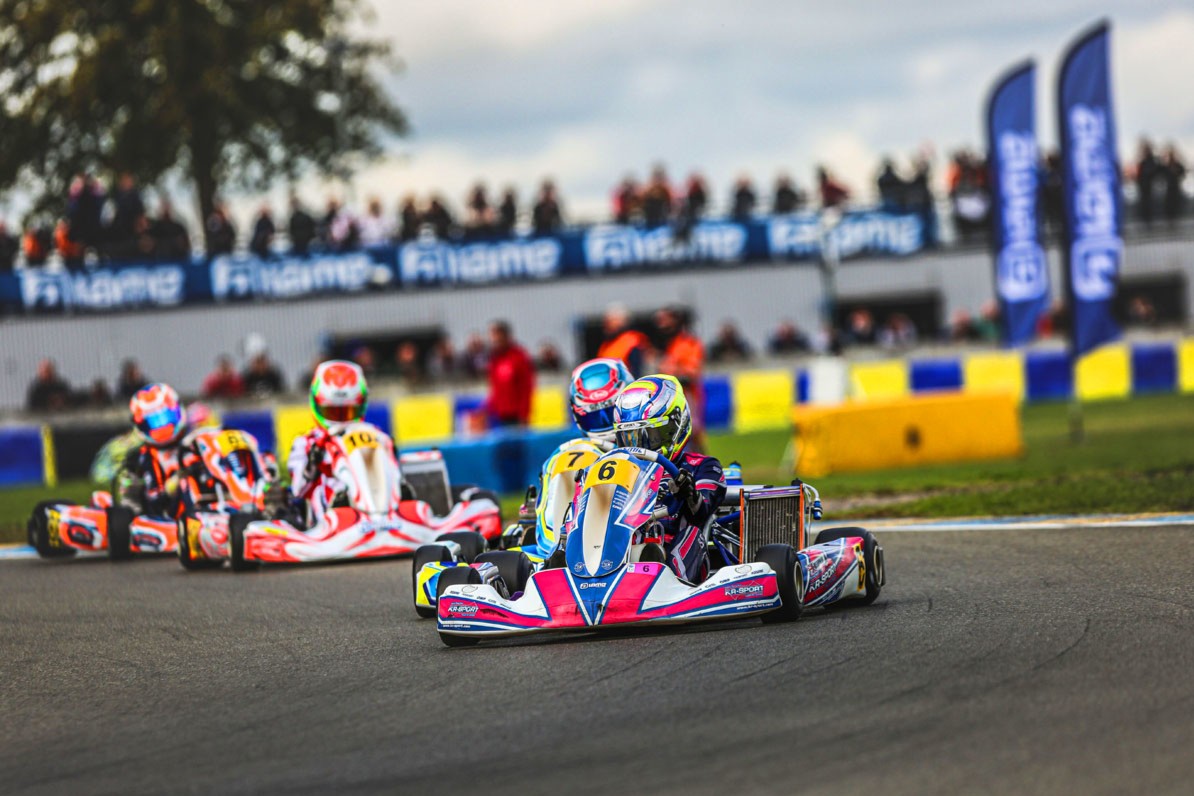 The pandemic meant the IAME Euro Series that was due to start in March and finish in August had still not begun by mid-July, and Bearman added another F4 commitment by joining US Racing for ADAC F4’s official pre-season test at the Lausitzring after learning the track – along with the Nurburgring – on the team’s simulator. He ended up setting the pace.

One week later, when the Euro Series finally begun, Bearman was instead signing with US to enter ADAC F4’s Lausitzring season opener as a one-off. Team boss Ralf Schumacher – who also runs a karting operation – claimed he had been keeping an eye on his new driver’s career for some time already.

“Initially I was just going to test, then attack F4 next year; try to win the championship.

“But I went to Lausitzring for a test, I showed really good pace and I thought I may as well race. The only way of learning racecraft in single-seaters is by racing. I think we understood that it was a bit of a hard ask to win it in a rookie year, you need the experience of at least a couple of races to get to a good position where you’re in a position to fight for a title.”

In his first ever qualifying session he ended up just 0.037s short of pole, and followed that in Q2 by being 0.102s off the top.

While clearly fast, Bearman had still yet to start a single-seater race, and he learned the difficulty of this the hard way. In each Lausitzring race he either bogged down or stalled completely, and while that led to him hunting down the pack and charging up the order in race two, in the other two races he was far more messy and only came away with a best finish of sixth because of a canny team pit call when heavy rain hit race three.

From there he travelled straight to the Red Bull Ring for a collective ADAC and Italian F4 test, and was second only to Prema’s Nicolas Todt protege Gabriele Mini – the driver considered by many to be the top talent in the category this year.

Bearman was 0.234s off the pace in qualifying for the next ADAC round at the Nurburgring, but in such a close field that put him in ninth place. 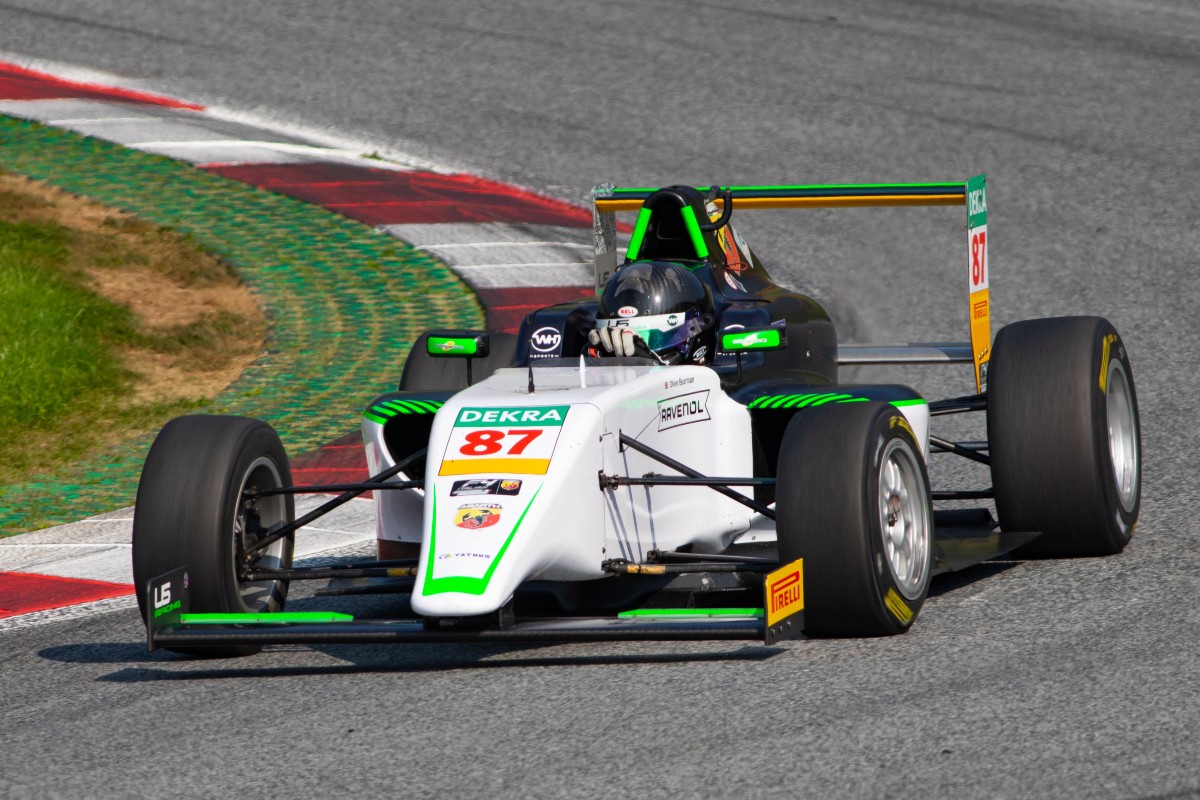 An already improving overtaking ability helped him climb to fourth, and he was on for a podium until a last-lap car issue. His weekend didn’t recover from that knock, but it’s easy to forget that this was not only his second weekend in car racing, but one that was only agreed after the completion of his first.

“It’s obviously very different racing-wise to karts. There’s a lot more things to take into account. I think our pace has been really good, really strong at most tracks we’ve been to. Our racecraft is getting there. I was on for a podium finish at the Nurburgring until we had a technical failure, so really happy with the performance there.

“It was an electrics problem, which caused the engine to cut out. But there’s nothing the team could have done, it was just one of those things.”

After “showing really strong pace” in the Red Bull Ring test, Bearman decided to join Italian F4’s races at the circuit. He was fastest in free practice one, and targeted top-five finishes as well as “getting a good lap in early” in qualifying due to the traffic problems of a 30-car field.

He qualified in the top eight three times, and finished fifth in race one after briefly battling for third. Race two was even stronger, with frontrunning pace and an important pass on Mini resulting in second place. Another fifth followed in race three, and despite missing the opening two rounds he is ninth in the points.

One week later at Hockenheim for ADAC F4 it all came together, with another top qualifying performance (0.061s off poleman Mini) being turned into a first win. It may only have been his second podium in four rounds (totalling 12 races), but Bearman is getting better and better, and he’s now committed to doing the full ADAC season. He will potentially race in Italy too.

Last year’s star rookies in the continental series both drove for US Racing, and ended up in FIA Formula 3 Championship for 2020. Bearman has just as many wins as Theo Pourchaire and Roman Stanek had at this point of their single-seater career, but will still be 15 when the 2021 FIA F3 season would likely begin so won’t be following their leaps up the ladder. 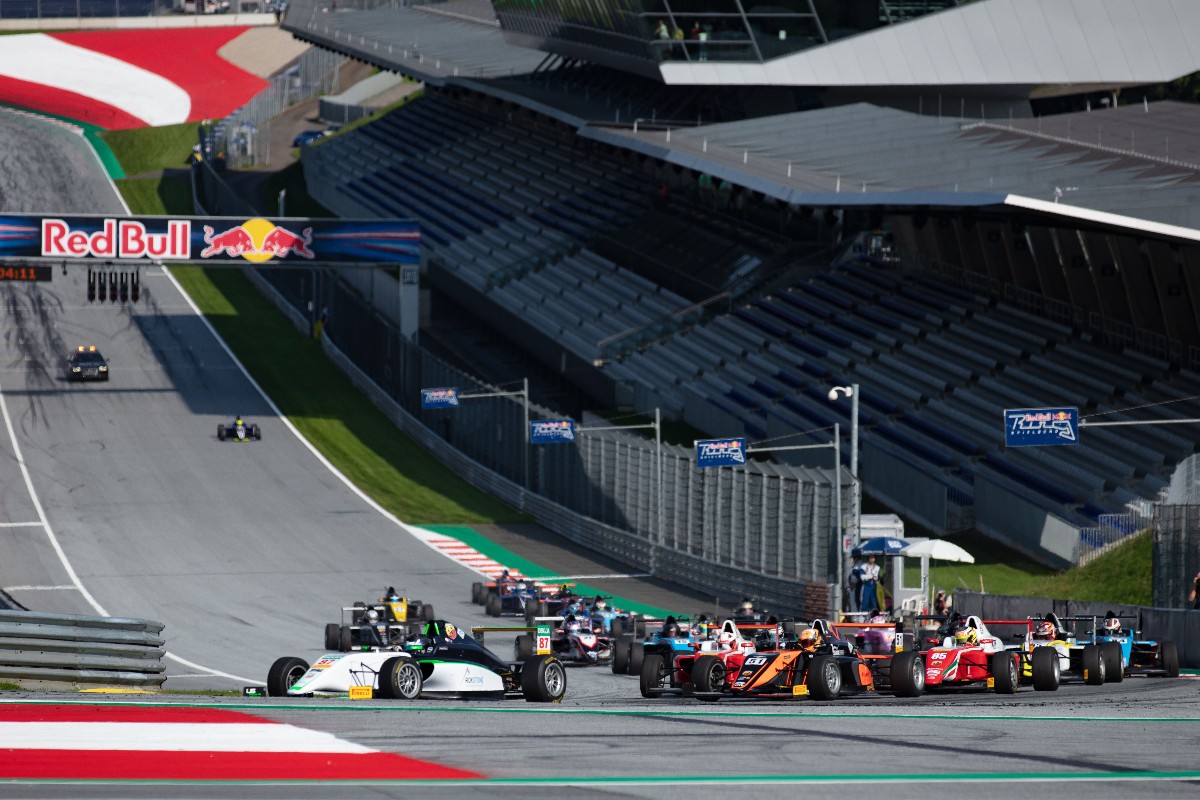 “We were initially looking to do F4 just next year as our first full year, so I’m definitely going to do F4 next year. I’m only 15, so there’s not really many other options at the moment,” Bearman admits.

“We’re really happy with the team I’m with, in the position we are. I’ll more than likely stay with US.”

While Bearman has been able to travel to Europe during summer to prepare for F4, his approach over the next eight-or-so months will have to take in a logistical consideration other than a global pandemic.

“We’ve made a deal with my school so they’re happy to let me take the time off [for racing]. It’s my last year at school, because I’ve got GCSEs this [academic] year. I’ve just got to get past that, and then I can focus fully on this.”

The next F4 round is this weekend on the Nurburgring 24 Hours support bill, and a second win shouldn’t be off the cards. 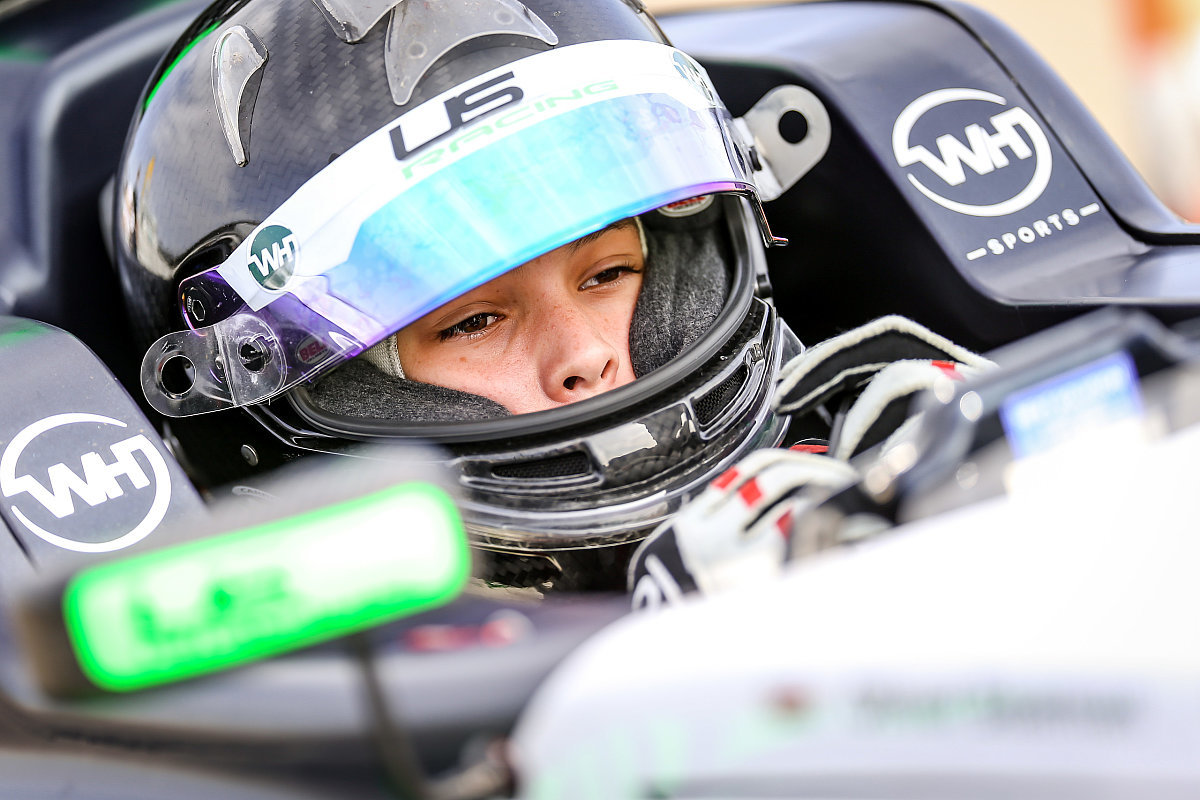