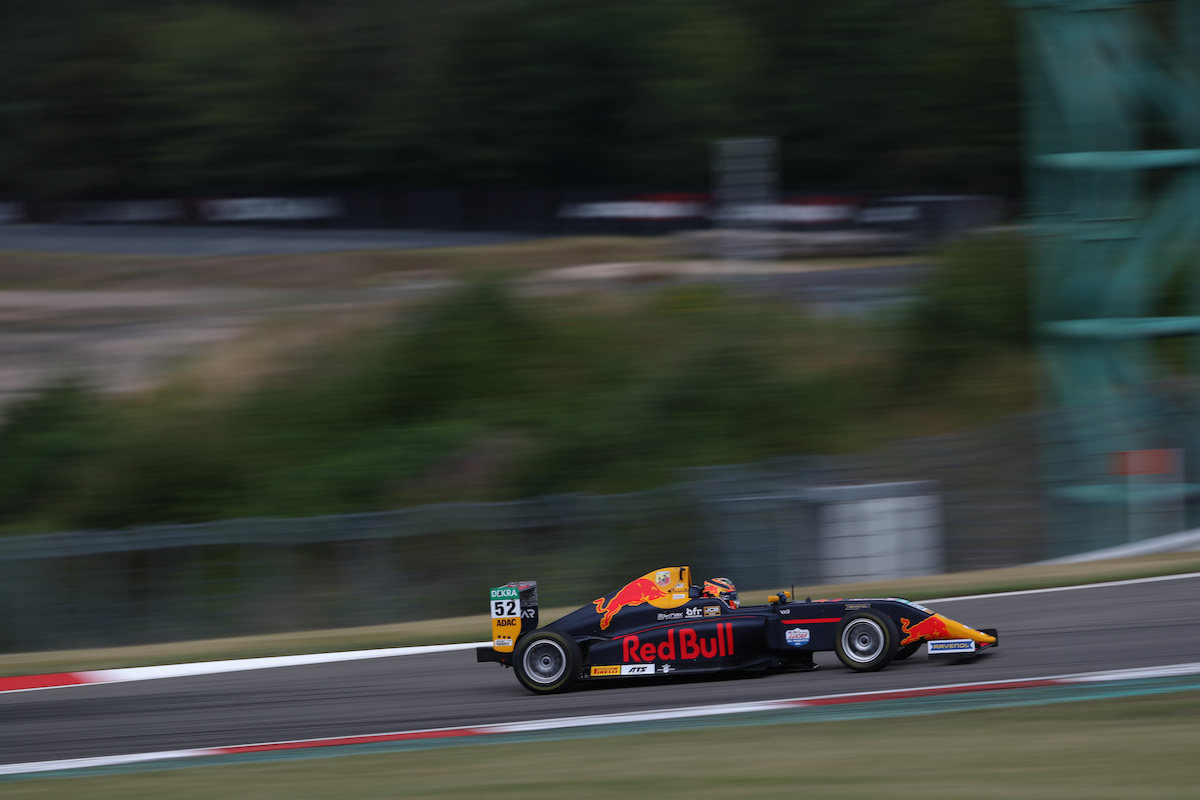 Red Bull junior Jak Crawford claimed pole for the first ADAC Formula 4 race of the weekend as the series returns to the Nurburgring for the second time this season.

With the championship supporting the Nurburgring 24 Hours – albeit racing on the grand prix circuit and not the Nordschleife – all sessions have been shifted forward a day compared to usual to accommodate the endurance race.

Crawford had already topped free practice earlier in the day, but it was Victor Bernier, Joshua Duerksen and Johnny Edgar that spent most of qualifying swapping times at the top of the order.

Duerksen was the first driver to set a lap sub 1m43s, with a 1m42.950s lap around the Nurburgring circuit. He was quickly knocked off the top spot by Edgar, who lapped almost half a second quicker.

The Mucke Motorsport driver was top of the order again in the closing stages of the session with a 1m42.349s lap before Crawford jumped up the order.

Crawford had briefly run in the top three midway through the session, but quickly dropped backwards, before a 1m42.303s time on his final lap put him narrowly ahead of Duerksen to secure pole for the first race of the weekend.

Duerksen took second ahead of Edgar, who also improved with his final lap of the session.

After setting the pace early on, Bernier and Josef Knopp ended the day seventh and eighth, as Vladislav Lomko and Elias Seppanen completed the top 10.