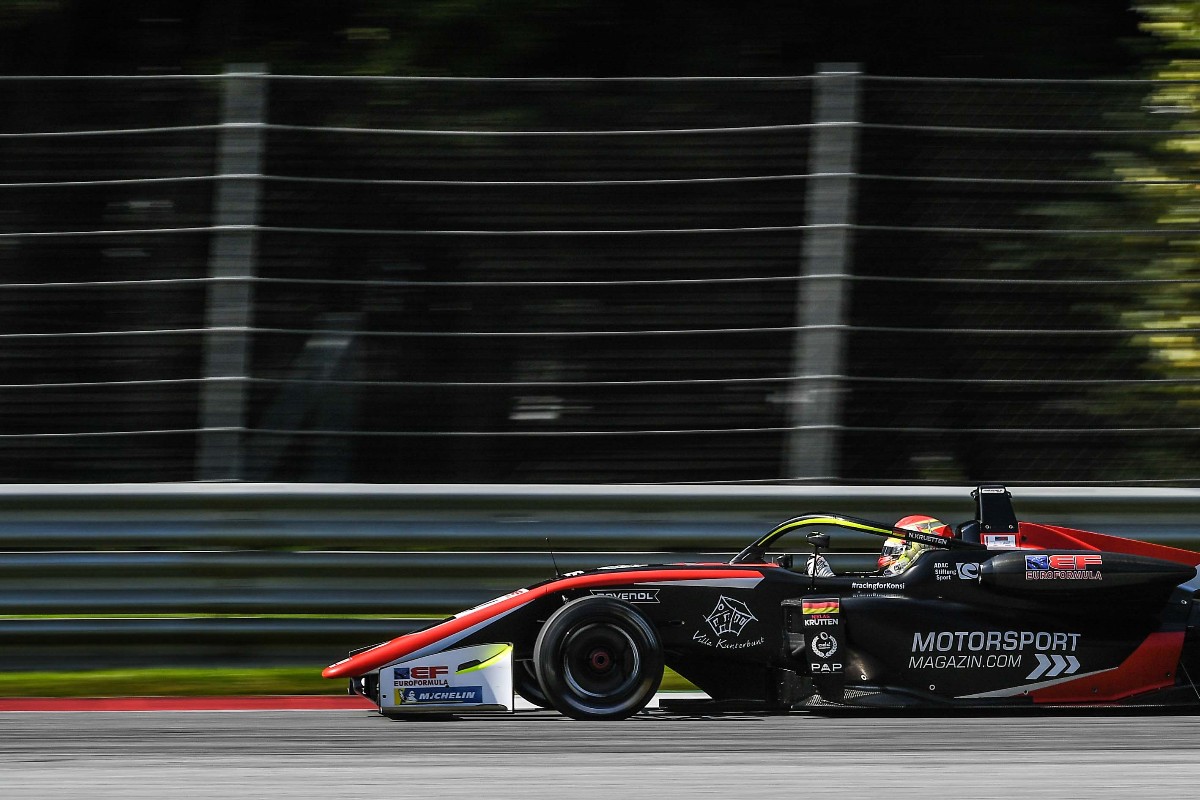 Motopark’s Niklas Krutten waited until the very final second to top the times in Euroformula’s pre-event test at Monza.

Rain hit the circuit in the morning and after the first session, and the track was at its driest at the end of the hour-long second session.

Championship leader Yifei Ye set the pace across the four hours which the morning session took place in, and he looked like the driver to beat as the track got grippier.

He was in first place when the chequered flag was waved to end the day’s test, but Krutten started his final flying lap later and benefitted from the grippier surface to go top by 0.019 seconds.

Ye’s returning CryptoTower Racing Team team-mate Lukas Dunner sat out the early part of the second session, waiting until the track was drier before he set out on track and immediately got on the pace. The Austrian ended up 0.207s down in third place, while Carlin’s Zane Maloney put in a late flyer to rise up to fourth place and get within a second of Krutten.

The drivers who didn’t stay out setting laps until after the clock had counted down to zero paid the price, with Red Bull Ring podium finisher Manuel Maldonado (Motopark) 1.076s behind in fifth.

Ayrton Simmons, whose Monza attendance had looked under threat due to financial difficulties, was eighth fastest and his test-only Double R Racing team-mate Matthias Luethen propped up the order. It is understood that the team has a driver in consideration who could race Luethen’s car this weekend.

Drivex School meanwhile was down to one car, with a combination of budget and travel complications preventing Omani teenager Shihab Al Habsi from making it to Italy. He could also be replaced in time for the races, but it seems unlikely.