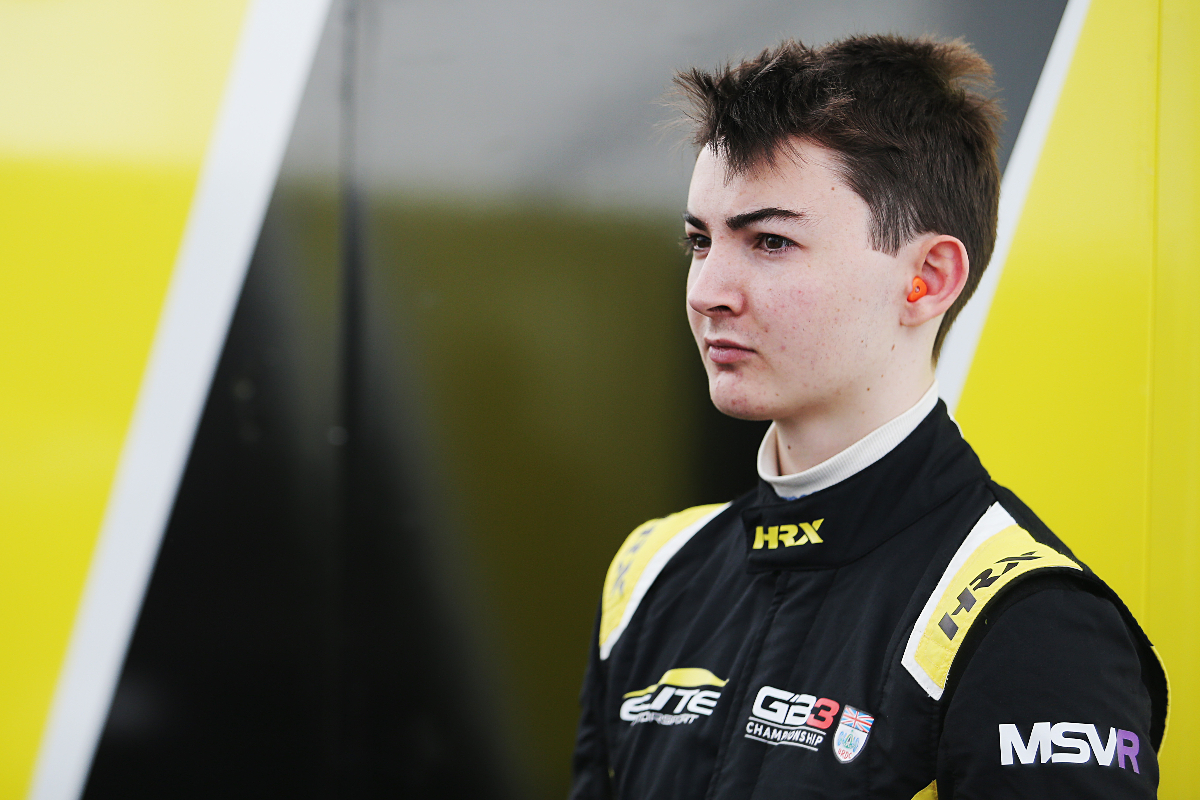 Ginetta GT5 Challenge graduate John Bennett has been one of GB3’s most impressive drivers in 2022. Steve Whitfield spoke to the rookie and his team about his rapid rise since a first car test two-and-a-half years ago

Bennett currently sits fifth in the GB3 standings after two rounds, and was the only driver to finish all of the first five races in the top 10. Despite being completely new to single-seaters coming into 2022, the 18-year-old has made up places in five of the six races he’s contested, and recovered ground lost on the opening lap to finish where he started in the other.

What makes his progression even more remarkable is that he had very little karting experience prior to making his car racing debut in Ginetta’s entry-level sportscars.

“I started corporate karting when I was young, about six or seven, but only once or twice a year, just for fun,” Bennett tells Formula Scout about how it all started.

“I was always quite quick – I ended up getting two lap records at rental kart tracks near me. And then when I was 16, I did a bit of Rotax Junior just in the winter for about three months, and won a couple of races.

“Then we thought we’ll go into the Ginettas because I’ve always shown pace in karting, but never really knew what to do or what team to go to.”

Bennett earned a place in the Ginetta GT5 Challenge with Elite Motorsport for 2020, having impressed during a test with the team at Spain’s Calafat circuit.

“We ran his first day in a racing car about two-and-a-half years ago,” Elite’s team owner Eddie Ives recalls. “I remember it very well – out in Calafat. And pretty instantly you knew he had some pretty rapid outright pace. But, I don’t think we ever really had a plan to head in this direction [to GB3] at all.” 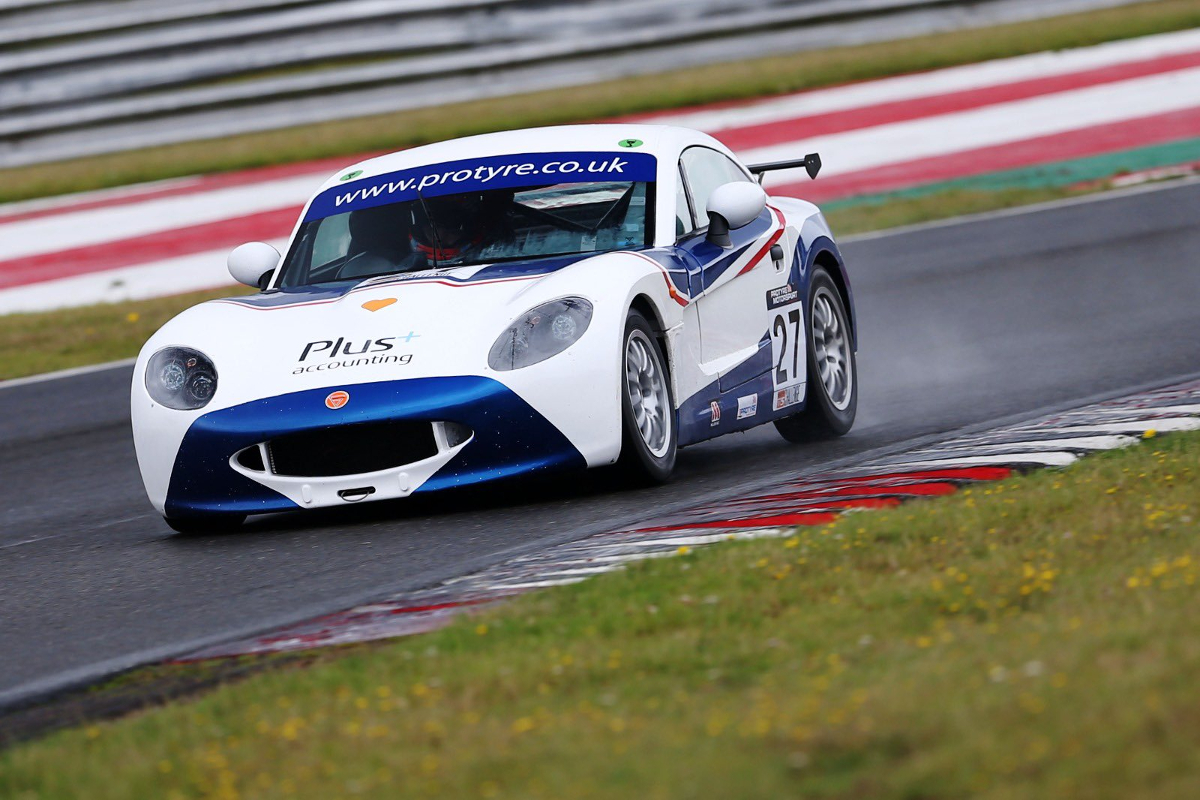 In his first campaign in car racing, Bennett finished seventh overall during a season shortened by the COVID-19 pandemic. His first podium finishes came at the penultimate round on Silverstone’s National layout, where he scored a pair of third places. He then returned to the circuit next time out to score a second place and break the series lap record on the Grand Prix layout. Ten more podiums, including five wins, followed in his second season in 2021 and he became title runner-up.

“That was really good from the start,” adds Bennett on his time racing in Ginettas. “I ended up getting a couple of podiums in my first year, which I was really happy with, seeing I was going up against way more experienced people. And then the second year, second in the championship, five wins – I think that was really competitive.

“It was a year that I needed, really, to learn how to win because I hadn’t won a car race before then – safety car restarts, pole positions, learning all that stuff.”

His form during the 2021 campaign led to a test in one of Elite’s GB3 cars at Pembrey during that summer. At the wheel of the Tatuus MSV F3-016 car used by the series prior to this year, Bennett immediately looked at home in a slicks-and-wings machine. In November the team announced that he would be part of its GB3 line-up for 2022.

“We chucked him in a GB3 car at Pembrey last August,” Ives reveals. “We didn’t quite know what was going to happen and, to be fair, from that day he was really good. He’s taken a really professional approach to it.”

“As soon as I jumped in the old GB3 car, I was absolutely blown away,” says Bennett of the test. “The pace was there from the start, and I was improving all winter. I got some experience in that one before shifting over to the new [Tatuus MSV-022 car in February this year].”

Bennett was with the pace straight away at last month’s Oulton Park season opener, going ninth fastest in his first qualifying session, one place ahead of far more experienced team-mate James Hedley. He then made up ground to be the highest-placed Elite driver as he finished fifth in his first-ever single-seater race. 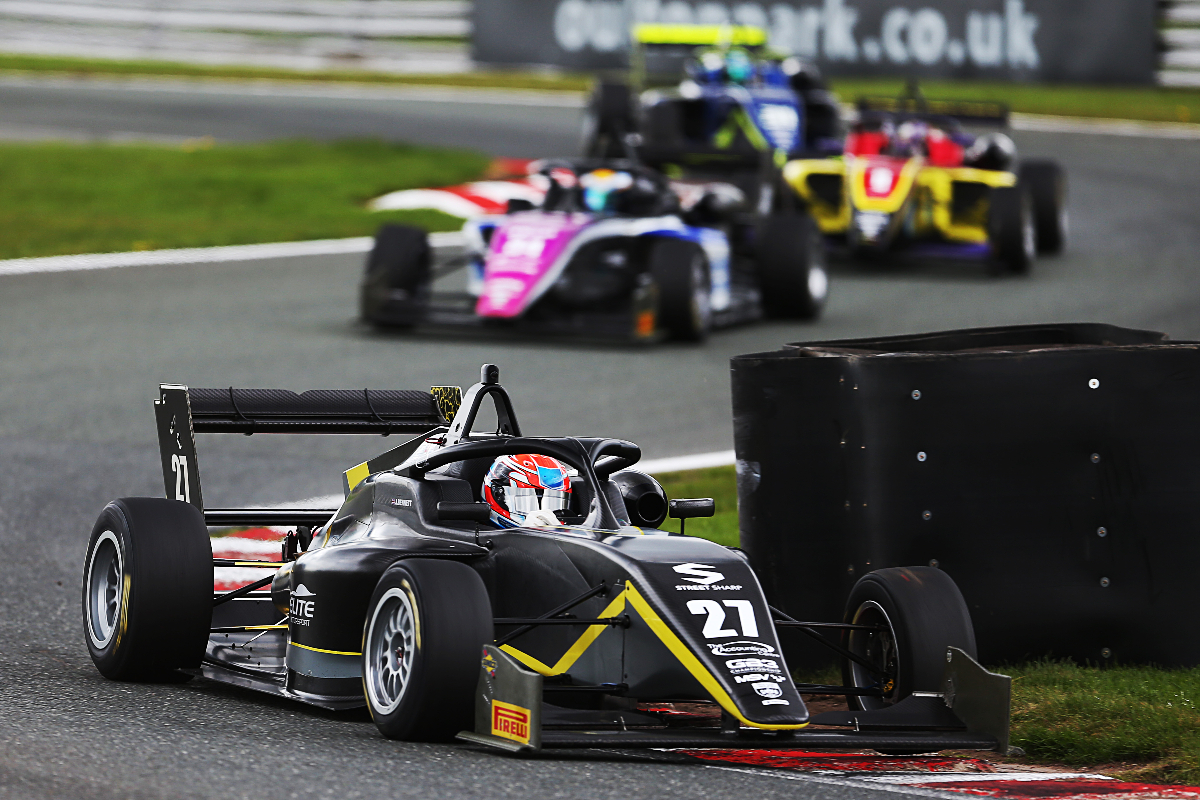 Starting from seventh in race two, Bennett swept around the outside of his other team-mate Tom Lebbon at the first corner to take another fifth place, before ending the weekend with ninth in the reversed-grid race to leave Oulton third in the points.

“I don’t think it could have really gone any better for my single-seater debut. I moved up four positions in the first race, one in the second, and another one in the third. I learned absolutely loads: on old tyres, how the tyre degrades, how to defend. I was under a lot of pressure, but it couldn’t have gone better.”

Round two took place on Silverstone’s Grand Prix layout, and Bennett was eighth fastest in qualifying. And, after feeling he could have been higher up, made a couple of early overtakes on Matthew Rees and Roberto Faria to finish sixth in race one.

“I was a bit down on where I should have been in quali. I saw with the sectors, my gap from best lap to my ultimate was the biggest on the grid – I was over three tenths off of what it could have been. So, I knew I had the pace to be a bit higher. But I think that was definitely my strongest race, because that was sixth on pace. Up the inside of Rees, round the outside of Brooklands on Faria. And then kept them behind on pace.”

Things didn’t go to plan at the start of race two, dropping from ninth to 12th after being crowded out on lap one. But he again made impressive progress from there to continue his run of top-10 finishes with ninth.

“I got a really good start off the line, then was kind of in the wrong place at the wrong time for the whole lap. I was around the outside of Chapel, got squeezed wide so had to lift and then because of that I just lost all my momentum and four cars could slipstream past me. And then I was stuck again on the outside of Stowe, got pushed wide again. By the end of lap one I think I was 12th. And then the pace was really good, I managed to get back through, and ended up finishing where I started.”

In the reversed-grid race he had another solid run, rising from 13th to 11th. In addition to his pace and consistency, Bennett’s racecraft has also caught the eye, having made a number of overtakes despite such limited experience at this level. So, why has he been able to adapt so quickly? 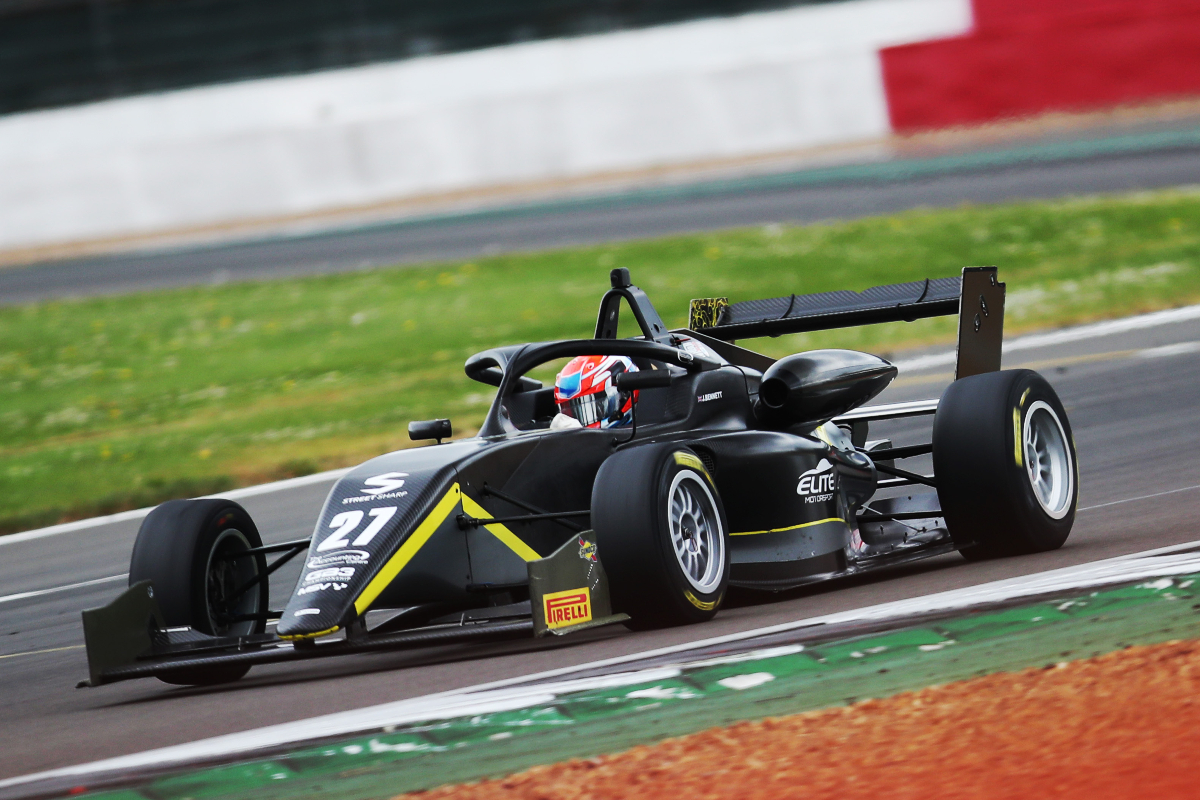 “Not sure, to be honest,” he admits. “I think the overtakes have been really good for my first time in single-seaters. Even just with the mirrors, it’s something to get used to. But, I have been doing a lot of sim racing to prepare, so that can help with racecraft a lot. And then also with Ginettas, even though it is closed-wheel, it’s just such a fight the whole way through that you do learn good racecraft. And I’m really enjoying the racing this year, because it’s open-wheel there’s not so much contact.”

Elite’s own first venture into single-seaters was in GB3 last season, having swept the Ginetta scene in the GT4 Supercup, Junior championship and GT5 Challenge over the past five years, and Bennett’s own career momentum matches the team’s.

“I’m extremely pleased for him because his experience in racing cars is probably 10% of pretty much everyone else out there on the grid,” says Ives. “He keeps surprising us. There’s not a lot of pressure on him. I don’t want to build up expectations – he might still have some tougher days – but so far, so good. His pace, I think he’s gone forwards in every single race he’s done, so he’s doing a really good job.”

Both Lebbon and Hedley also having strong weekends at Silverstone, and Bennett says Elite’s internal competition has helped.

“There’s definitely competition between us. We all want to be the quickest. But we get on really well. Usually one of us is better than the others in different corners, so we can really help push each other on. I think the season has been going pretty well for all of us. The atmosphere in the team is really good.

“I get on really well with the team, and I’ve been absolutely loving working with my engineer, Sarah Shaw. She’s been amazing this year, really helping me to improve. I’m happy with the performances, but there’s always more.”