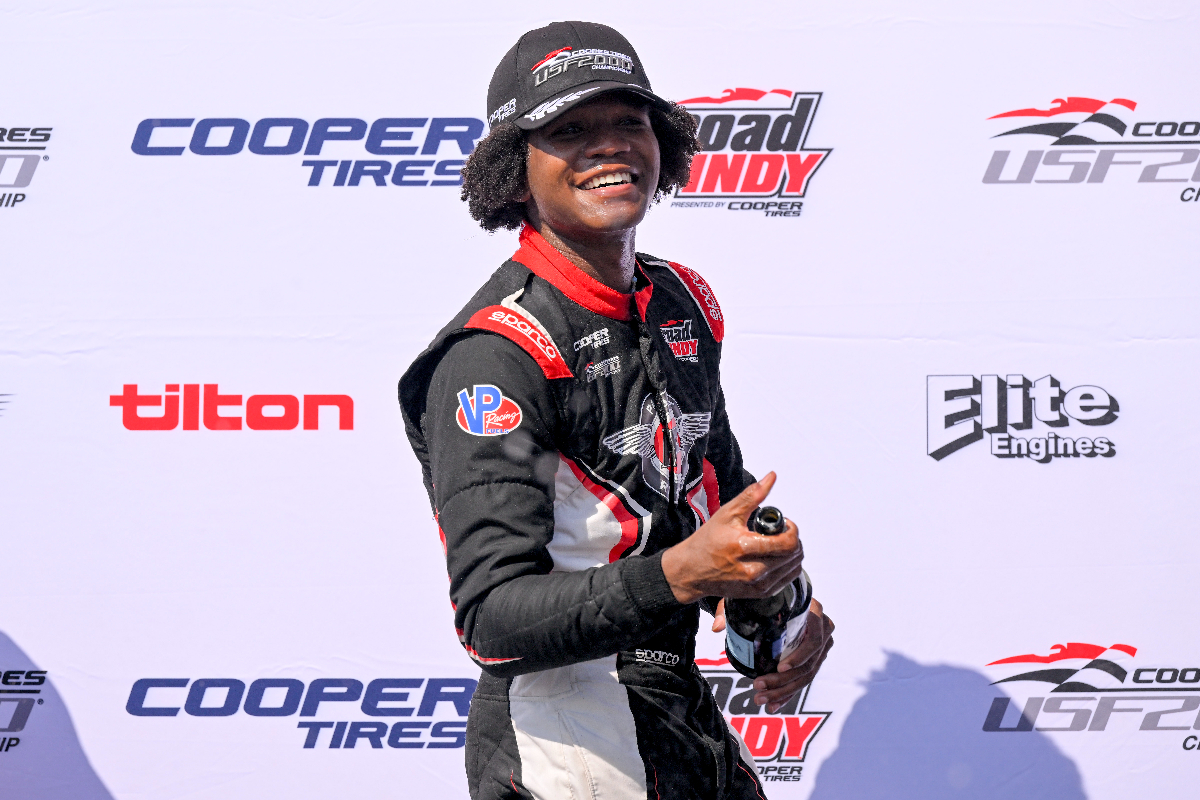 USF2000 leader Myles Rowe will remain in the series for one more weekend with Pabst Racing, but he is again facing his season ending early due to lack of budget.

Rowe has been racing on a round-by-round basis through the first two events having crowdfunded his way onto the grid for February’s St. Petersburg season opener.

A big crash there sapped most of his budget away and meant following repairs, and a win the very next day, he had to look for funds to race at Barber Motorsports Park. He achieved that, and went on to take a win from pole and the points lead.

This weekend’s triple-header on Indianapolis Motor Speedway’s road course is set to be his final appearance unless at least an additional $100,000 can be raised.

Elsewhere on the grid, Exclusive Autosport has expanded to three cars with the addition of F1600 Championship Series frontrunner Joey Brienza, DEForce Racing has added an extra car for United States Formula 4-experienced racer Chase Gardner and Jay Howard Driver Development has finally got its fourth car out and will run debutant. Frank Mossman.

Brienza raced for Exclusive in F1600 last year and came third in the standings, and stayed with the team for the 2022 season but so far only has one podium from the first two rounds. He will do four Road to Indy events ahead of a planned full USF2000 season in 2023.

Brienza is competing in the FRP F1600 series for the 2022 season in an effort to win the title, and to log as much seat time as possible. Joey’s IMS USF2000 effort will be the first of four Road to Indy events in which he will compete this season, as he is limiting his participation to maintain his rookie status for his first full season, which is slated for 2023.

Gardner came 17th in United States F4 in an incomplete rookie campaign last year, while Mossman is a karter who was a winner in the 2022 Road to Indy eSeries.

How the Pau Grand Prix came back for 2022, and where it’s headed next