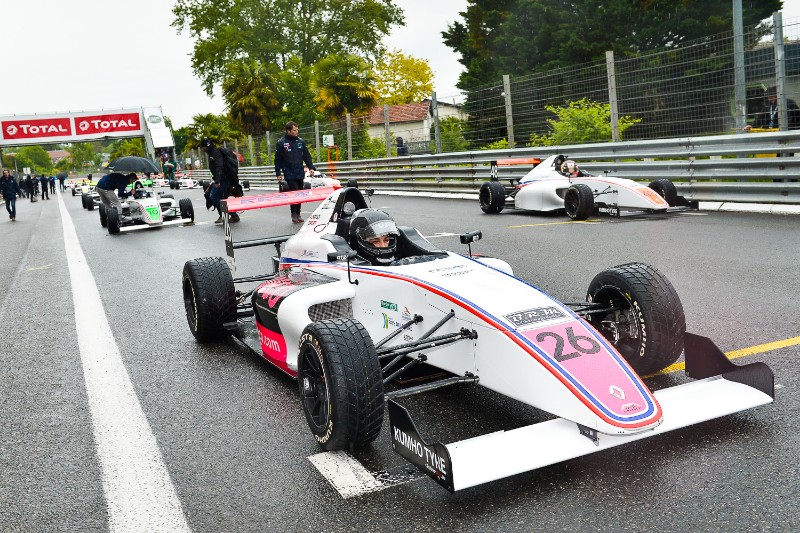 Esteban Ocon’s story of hard graft on the way to Formula 1 has struck a chord with the next generation of French racers, and one driver hoping to follow in his footsteps is Hadrien David.

The 15-year-old is embarking on his first season in car racing, and already has six wins from his first three weekends. This should be no surprise, as he was one of the fastest in junior karting last year (but often didn’t translate it into results), and has prepared thoroughly for his single-seater debut.

“I did seven years of karting. I started with national competition, won three times the French championship, and then I went to Europe and the world championship,” David tells Formula Scout.

“[In 2017] I finished fourth in the European championship and unfortunately in the world championship we got problems so I didn’t do any good performances at world level. And yeah, my first ever year in single-seaters is starting pretty well.”

David kicked off his single-seater career at former Malaysian Grand Prix venue Sepang in the first round of the F4 South East Asia championship, and although he missed out on pole he picked up three wins.

He won his first ever race by over four seconds, and got a taste of changing conditions and wet weather the next time he took to the track. Wins from further back in the field and from the front in the last two races not only netted him the championship lead, but valuable additional experience for his return to France. 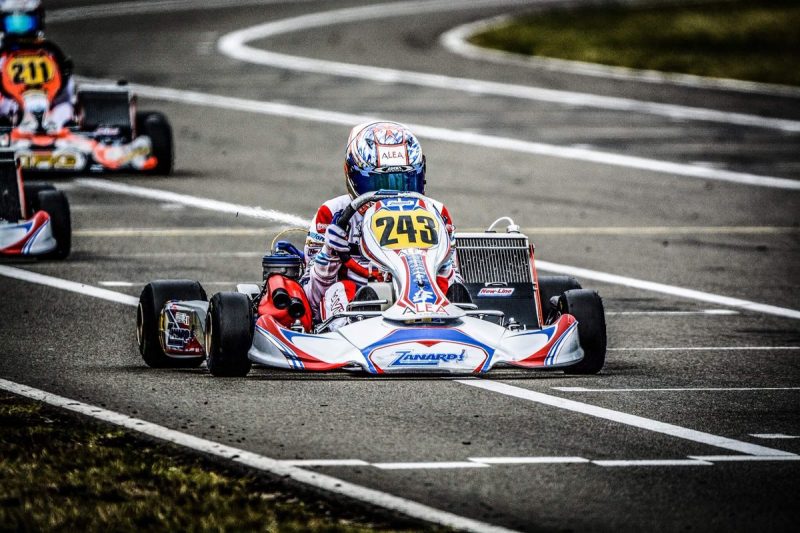 David’s preparation for the move up from karting has included some testing with R-ace GP. While the successful Formula Renault squad has recently started to compete in Italian and German F4 with the Tatuus chassis, it also offers testing with the Mygale version with French F4 drivers in mind – it worked with Caio Collet prior to his title success last year.

“Last year I did around eight testing days with R-ace GP in its Formula 4 car and I did only one test day with FFSA [which operates the cars used in French F4]. I only tested with Hankook tyres with R-ace GP, so when I arrived with FFSA for French F4 it was not the same tyres, not the same brakes. It was quite different.”

The French F4 season kicked off at Nograo with two wins for David, as well as two poles and all three fastest laps. Pau’s street circuit proved more of a test a few week later: he finished an important second place behind title rival Reshad de Gerus in the first race, crashed out on the opening lap in the second, then dominated in the wet in race three. He already leads the standings by 14 points.

What does the rookie think is the cause of his strong start to the season?

“Hard question. Definitely because in F4 everybody has the same engine [unlike karting], same car; we can only change the set-up, but it’s quite like we all have the same set-up basically. It’s only the driver that makes the difference. But we will see for the rest of the season.”

Obviously success isn’t 100% down to the driver, even in a centrally-ran championship like French F4, and David credits his current engineer too.

“I have two engineers for the season. My current engineer does the first three rounds, then for the rest of the season I will have another engineer. He’s?a really good guy. I’ve known him for a long time, so it’s a good way to work.”

French F4 has gone fully international this year, with David’s current engineer leaving after the Spa-Francorchamps round in Belgium, and his new one having the responsibility of working with him on the championship’s visit to the Hungaroring. 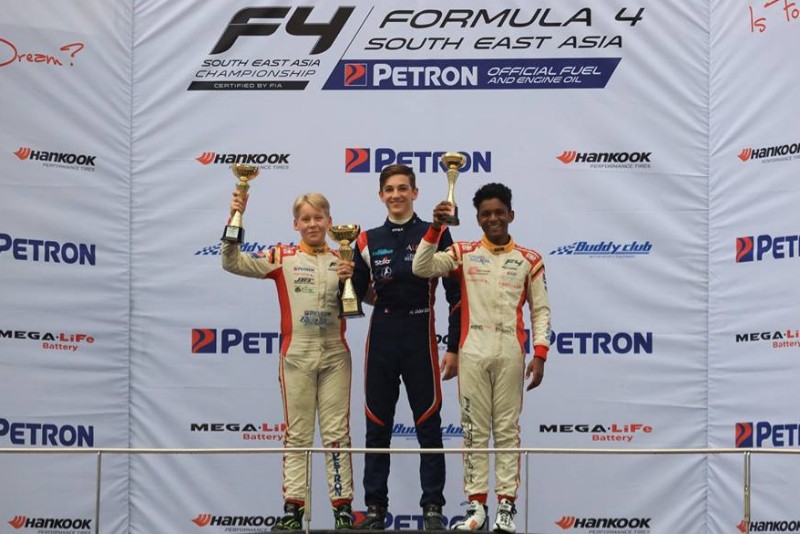 The rest of the F4 SEA calendar doesn’t offer the same kind of world class venues, bar a return to Sepang, and David is uncertain of following up his debut success with further appearances.

“It depends on the budget for [more SEA rounds]. It’s not the same tyres there, not the same brakes. So if I do more rounds there and I came back to France maybe it will be hard to adapt. I would love to but I don’t know yet.

“My aim is to get into a junior team. If I win the French F4 title I will get into the Renault Sport Academy, so it is definitely the main goal.”

Once he’s part of a junior team, David wants to follow the path of either Lewis Hamilton or Ocon to the top.

“Ocon’s French and he’s a good friend, and as well because he has a really nice story. He didn’t have money at all and he made his way through all the categories and won the GP3 title, so big respect for him.

“He didn’t do Formula 4, he started in Formula Renault, but I will love to have the same career as him. Not right now in Formula 1 because he’s unlucky, but just before F1 in other categories as he did very well.”

Ocon was hot property in his junior career, swapping between being a Mereces and Lotus/Renault junior year-on-year. If David goes on to win the French F4 title it wouldn’t be surprising if he also catches the eye of both. 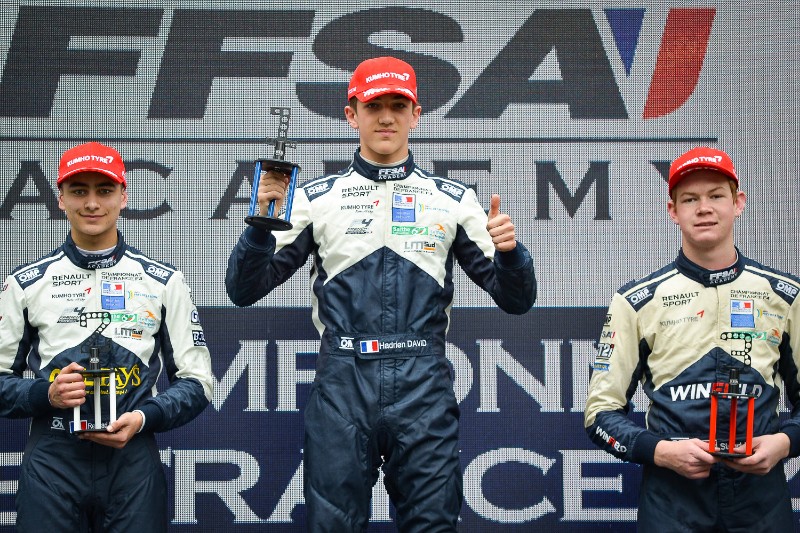