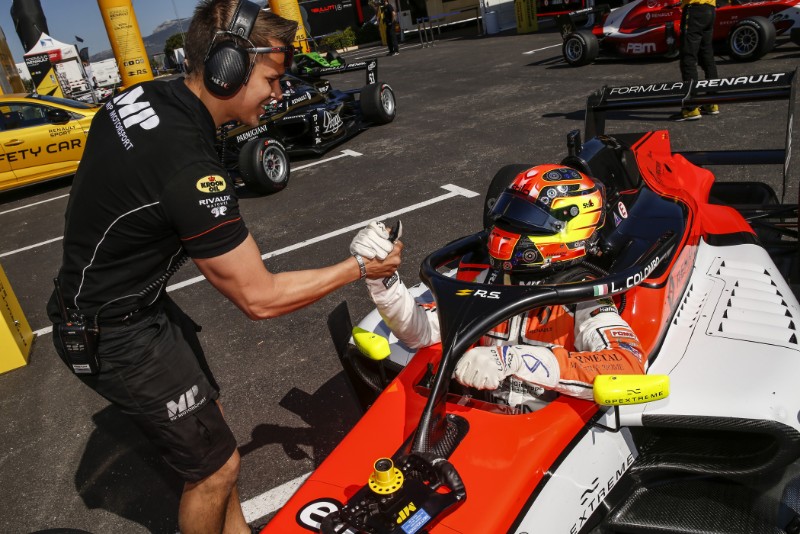 Lorenzo Colombo secured his first Formula Renault Eurocup win of the year in the opening Paul Ricard race, enjoying an untroubled run to the chequered flag.

The Italian, starting on pole, made a better start than Oscar Piastri, but didn’t get to enjoy a lead until a rapid getaway after an early safety car restart. He won by 4.945 seconds.

With the second R-ace GP car of Alexander Smolyar in fourth, Piastri is now the closest to leader Martins in the standings. The team’s third car, driven by Caio Collet, finished a distant fifth.

Having lost several places after running wide at the first corner on the opening lap, Kush Maini recovered to sixth for M2 Competition after a drive back up the field which featured a textbook late-braking manoeuvre on Ugo De Wilde, who ended the race one spot behind.

The only safety car of the race came from a first corner collision between Amaury Cordeel and Petr Ptacek which put the pair out on the spot ? the latter sporting a broken rear-wing and front-left wheel.