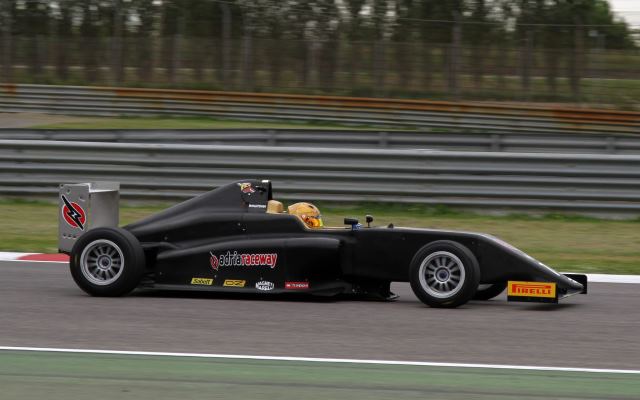 Russian driver?Robert Schwartzman topped the timesheets for Cram Motorsport at the Italian F4 pre-season test session held at Adria, in what was the first collective running for the championship ahead of its inaugural season.

Italian driver?Andrea Russo, driving for Diegi Motorsport, was exactly three-tenths of a second behind Schwartzman, with compatriot?Mattia Drudi?making it a Cram 1-3 in the timesheets.

Pulcini, who raced against Schwartzman in the KF Junior class in 2013, topped the afternoon session, but he fell short of the Russian’s best time by 0.05 seconds.

Russo was second quickest, ahead of Drudi and Stroll, the aforementioned drivers being the only ones who were able to get into the 1m15s mark.

Bandeira was fifth fastest for DAV, ahead of Russian driver Ivan Matveev, who has been confirmed for the upcoming season with SMP Racing by Euronova. Schwartzman, Valente, Kasai and Matteo Desideri completed the top ten.

The 2014 season gets underway at the Autodromo di Adria on 7 June.