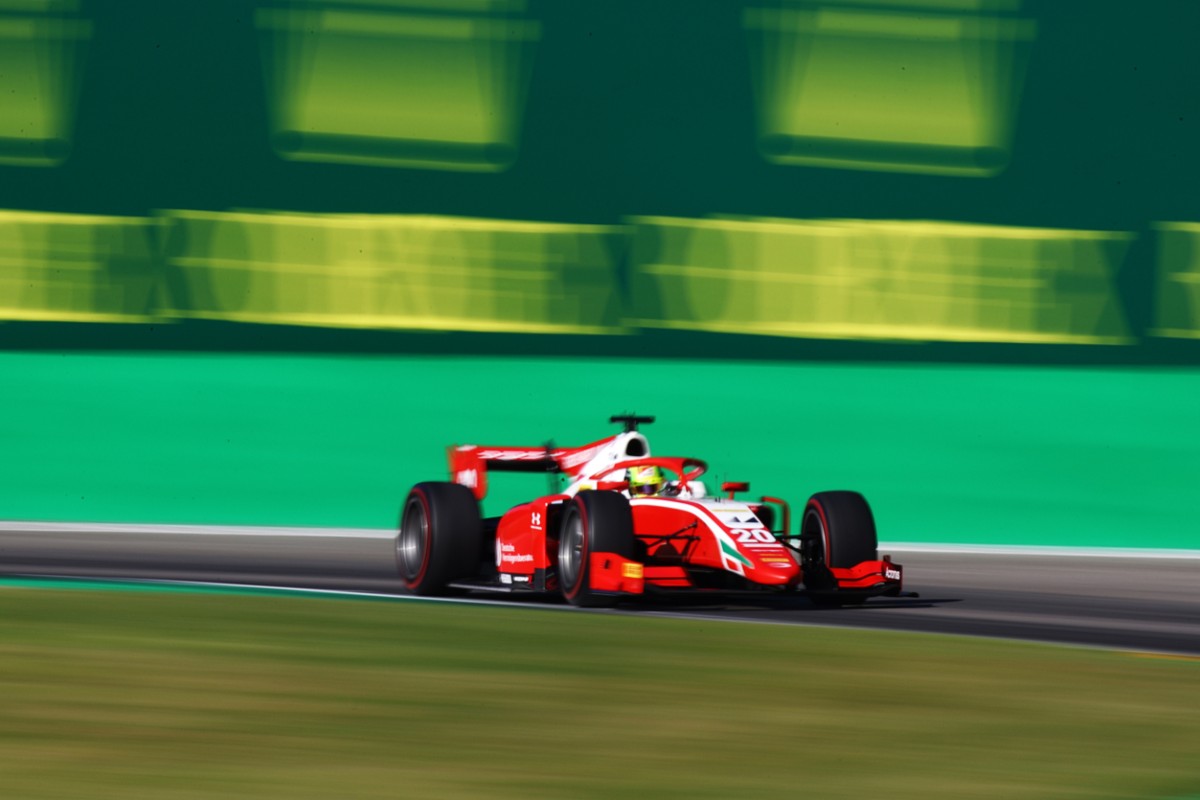 Mick Schumacher believes he won’t replicate the form that took him to the 2018 FIA European Formula 3 title after his breakthrough Formula 2 win at Monza.

The Ferrari junior thrust himself into F2 title contention with his first feature race win in the series last weekend, capitalising on issues for Ferrari stablemate Callum Ilott.

After taking his first win in European F3 back in 2018, Schumacher then went on a run of winning seven of the following 11 races – including five in succession.

However, Schumacher, when asked about the prospect of a similar run, believes that the different weekend formats between the two championships mean that a similar run is unlikely.

“It’s a bit different than F3,” Schumacher said after his Monza win. “It’s a different championship, it’s a different set-up. in F3 we had the qualifying which really set all the racing positions.”

The format for European F3 featured three races with grids set solely by qualifying, as opposed to F2 where the shorter second race of each weekend has a grid set by the race one results but with the top eight reversed.

Schumacher worked his way back into the top three from eighth in the Monza sprint race, benefitting from his former F3 rival Dan Ticktum being disqualified from victory as his car could not provide a sufficient fuel sample post-race.

“I have to take one race weekend after the other. Next one is Mugello, a track that nobody has driven on – especially not in F2 for a very long time at least. So it’s going to be very interesting and we just have to be on top of our game to manage to score as many points as possible.”

While Schumacher has now broken his F2 feaure race win duck, he has never qualified on the front row in almost two seasons of F2. His best ever grid position is third place, achieved at Silverstone earlier this year, and at Monza he crashed during qualifying.

“I don’t think we had the pace yesterday to put it on pole [at Monza].

“Circumstances were just difficult, you need a very good tow here to be on pole position, but definitely that’s a target, it is a target that I have been chasing for a while.

“Obviously it is not very easy, we have very talented drivers here and everybody is kind of on it on some days and off it on some others, and also the track is quite dependent on how the car works on it. Definitely we will keep working on it.

“We know how much risk we have to take and how not to do it, like yesterday, so I think it should be a target but it’s not the most important one. The big scores and the big numbers are in the races.”