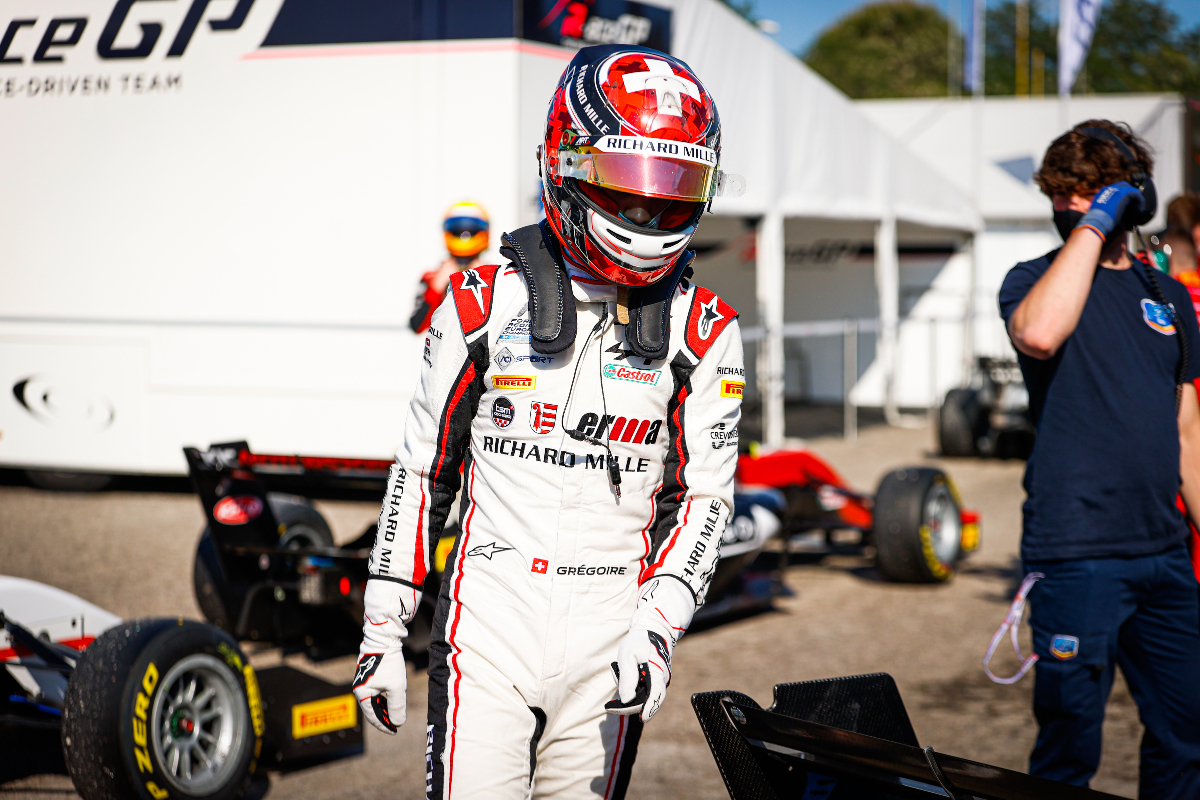 Gregorie Saucy picked up his third consecutive Formula Regional European Championship pole with a dominant performance in the second qualifying session of the weekend at Barcelona.

Saucy was more than 0.4 seconds quicker than the rest of the field, with only two other drivers managing to get within half a second of the ART Grand Prix driver.

Alex Quinn set the pace in the opening stages of the session, but Saucy’s first competitive lap immediately put him on provisional pole. The 1m40.635s lap time was seven tenths quicker than the next best time.

His team-mate Gabriele Mini soon cut the gap to just 0.446s, but didn’t have enough to challenge Saucy for pole.

Prema’s Paul Aron briefly jumped up to third before Quinn’s final flying lap put him on the front row of the grid. The Arden driver was 0.438s slower than Saucy, but nobody else could get closer to the points leader.

Thomas Ten Brinke will start race two from seventh in the third of ART GP’s cars, ahead of R-ace’s Hadrien David who had the issues that compounded him in Q1 fixed.

After a difficult Q1, Prema’s David Vidales managed to break into the top 10. He was running near the top of the order early in the session, but had dropped back to 10th by the chequered flag. He starts alongside KIC Motorsport’s Patrick Pasma.