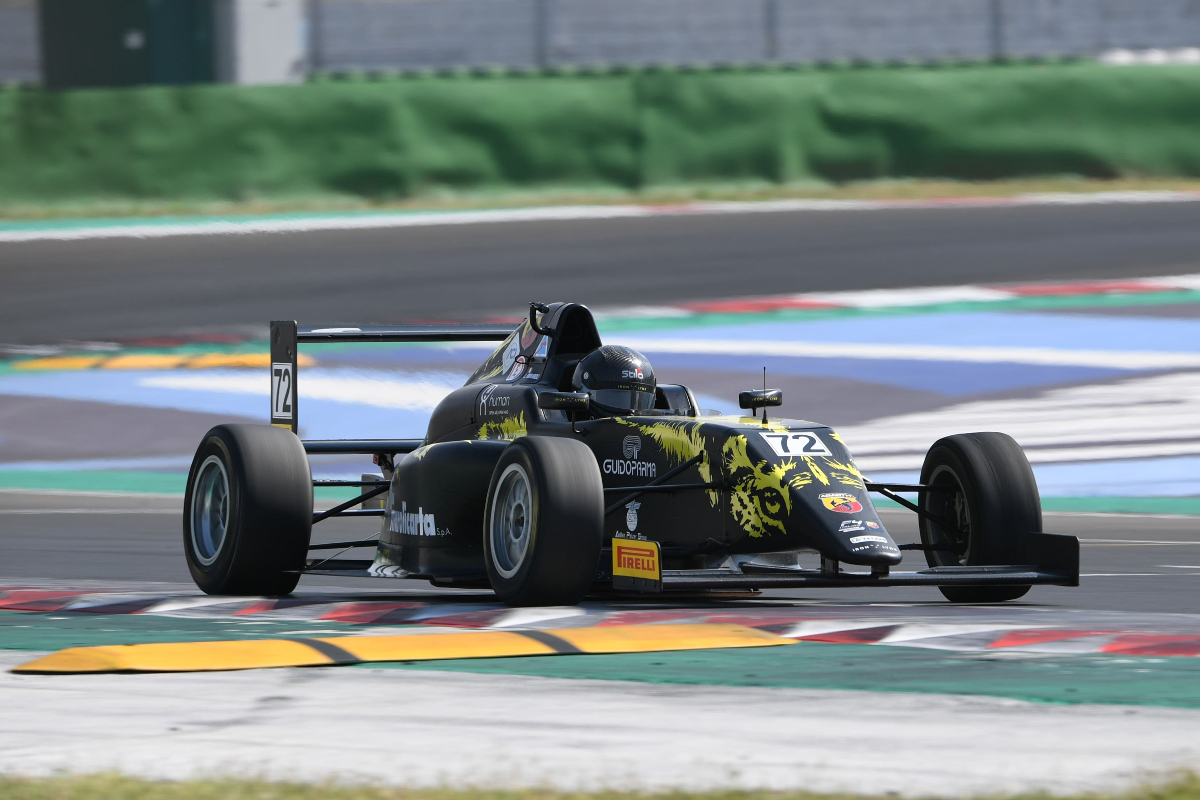 Iron Lynx’s Leonardo Fornaroli ended the group Formula 4 test at Paul Ricard as the fastest, and just 1.877 seconds covered him and the 39 drivers behind.

Day one of the test was headed by Prema’s Sebastian Montoya with a 2m04.284s lap, and during the day it was revealed that Victor Bernier, Samir Ben, Sami Meguetounif, Eron Rexhepi, Kacper Sztuka,Tim Tramnitz and Suleiman Zanfari would race in Italian F4 this year.

An entry list for the series’ Paul Ricard season opener was published on the test’s second day and included Jenzer Motorsport driver Piotr Wisnicki, although neither he or the team have announced the scale of their 2021 F4 programme.

Van Amersfoort Racing’s Ollie Bearman topped the first session of Friday’s running, being the only driver to lap sub-2m05s, then US Racing’s Tramnitz went fastest in the second part of the morning’s action.

Erroneously the timing screens showed Cram Motorsport’s Georgios Markogiannis as the pacesetter, and it wasn’t until far later that the results were corrected and the Greek was revealed to have actually been 30th fastest.

Fornaroli took control of the afternoon, being one of only eight drivers to get faster in both of the remaining sessions as well as topping each. He ended the day on a 2m04.268s that was just 0.010s faster than Prema’s Kirill Smal, and 0.086s up on Tramnitz’s morning benchmark.

Montoya, Bearman and VAR’s Joshua Dufek were all within two tenths of Fornaroli, while just outside of that bracket was Prema’s Hamda Al Qubaisi who jumped from 20th to eighth in the final session.

Sauber’s 14-year-old junior Christian Ho was an impressive 0.882s off Fornaroli’s pace in one of AKM Motorsport’s cars.