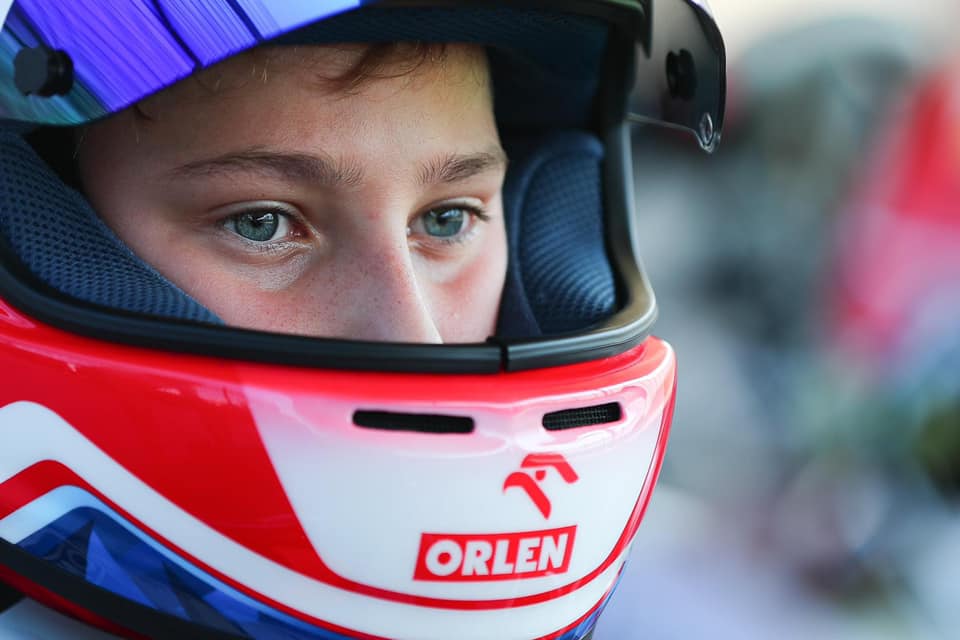 Rising Polish talent Maciej Gladysz has signed with the Sauber Karting Team for his move up to junior karting this year.

The 12-year-old (pictured above) was the WSK Open Cup champion in Mini karts in 2020, as well as finishing third in WSK’s Super Master Series, sixth in its start-of-season Champions Cup and 14th in the Euro Series.

He was also fourth in the South Garda Winter Cup, and during the year several of his category rivals moved up to OK Junior machinery. Gladysz now joins them, and will race for the Kart Republic-run karting branch of Formula 1 entity Sauber.

“I am very pleased that I was the highest rated among the candidates during the Sauber Karting Team by Kart Republic selection and thus I was chosen to the team for the 2021 season,” announced Gladysz.

“There is a big challenge ahead of me in the coming season. New OK Junior category, new team, but as always, I will do my best 100%.

“I will take part in the most important karting competitions, such as: European and World Championships, Champion of the Future and WSK.”

Sauber poached Harry Thompson from Red Bull for its senior karting line-up last year, but the Briton has not been retained and Christian Ho and Ugo Ugochukwu – the 2020 CIK-FIA European champion who was picked up by Sauber last August – have been promoted from junior karting.

Miguel Costa meanwhile has moved up from Mini karts to race in OK Junior this year alongside new signings Gladysz and Gustaw Wisniewski, who have both joined as part of an initiative with Sauber’s Polish sponsor PKN Orlen.

Ho’s fellow Singaporean Tiziano Monza will remain in Mini karts after being picked up by Sauber in the second half of 2020.

The Sauber Karting Team runs separately to – but in conjunction with – the F1 team’s in-house Academy junior programme, the line up of which was headlined by Theo Pourchaire in 2020.

Emerson Fittipaldi Jr is anticipated to retain his Sauber backing as he looks to step into single-seaters this year in NACAM Formula 4, but Polish talent Piotr Czaja – another mid-season 2020 signing – does not feature in Sauber’s plans.