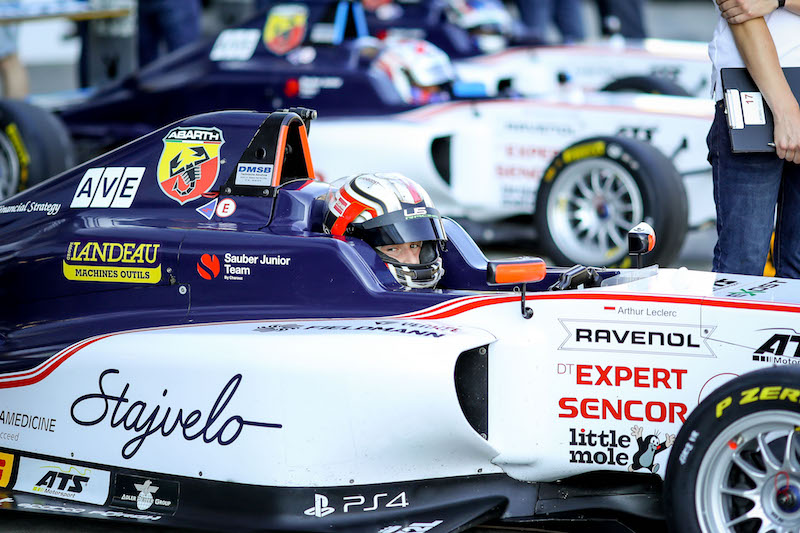 Pourchaire edged Leclerc – racing on the same bill as brother Charles for the first time – by 0.013 seconds to top the first of the two qualifying sessions, denying his US Racing team-mate with a late effort of 1m41.380s.

Niklas Krutten, who is tied with Pourchaire at the top of the standings after the opening two rounds, claimed third for Van Amersfoort Racing ahead of another US Racing/Sauber Junior driver Roman Stanek.

Italian F4 title rivals Dennis Hauger and Gianluca Petecof will share the third row of the grid for race one.

Red Bull junior Hauger had set the pace in practice on Friday morning and fought for pole in the second qualifying session, but ended up 0.03s short of Leclerc’s 1m40.940s.

The fourth Sauber Junior driver Alessandro Ghiretti starts seventh for race one alongside Red Bull’s Jonny Edgar, with the Prema pairing of Oliver Rasmussen and Paul Aron completing the top 10.