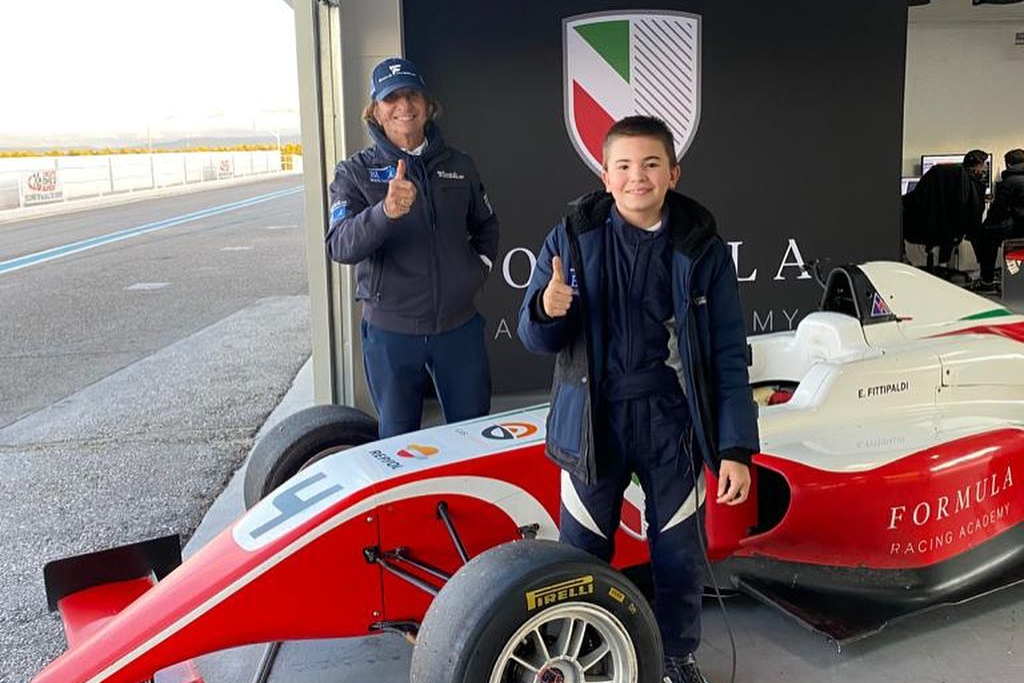 The Sauber F1 junior will join Team FSP, which has run the last three series champions, and only recently turned 14 years old.

Fittipaldi has spent the last two years in junior karts, coming 11th in the 2020 WSK Champions Cup and 16th in the South Garda Winter Cup, and stepped up to senior karting at the start of 2021 and is currently 21st in the WSK Super Master Series.

Formula Scout spoke to Fittipaldi about the single-seater programme he’s now adding to a busy 2021, having relocated his racing career to Europe last year, and the teenager usually referred to as Emmo confirmed he will be doing the full F4 season.

While he didn’t reference aims in terms of results, the teenager said his target in the series would be “to learn from the Scandinavians in my first season in F4”.

Fittipaldi’s parralel karting commitments will be in Fernando Alonso colours at DPK Racing, and there are plans for him to contest the 2020-21 NACAM F4 season too when it begins in the second half of this year after several F4 tests in the USA and at circuits in Europe.

His fellow Sauber juniors have made strong starts to their karting seasons. In the WSK Super Master Series, Ugo Ugochukwu is currently third in OK karts after the opening round and Gustaw Wisniewski is third in OK Junior, while Mini karts driver Tiziano Monza came third in the Champions Cup.