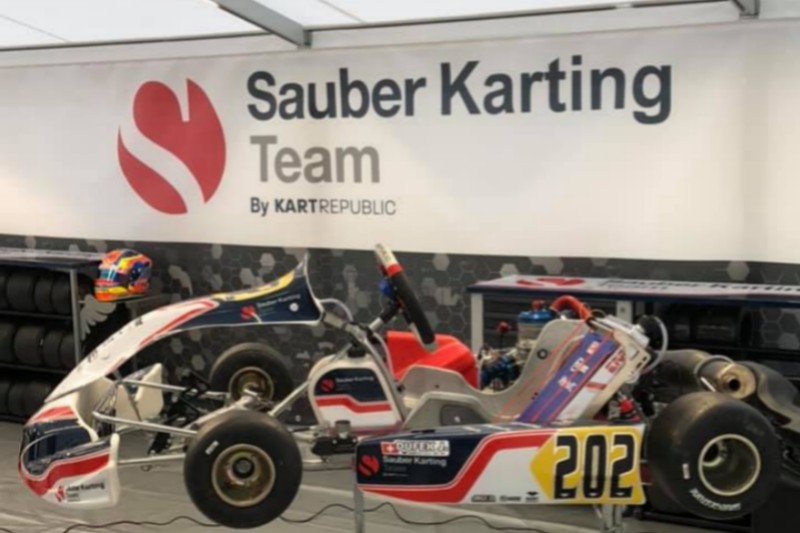 Sauber has launched its own karting team as it increases its involvement in the categories below Formula 1.

The team, which is running under the Alfa Romeo name in F1 this year and has already applied junior team branding to squads in Formula 2, 3 and 4. Its new karting division has been launched in partnership with?Italian manufacturer Kart Republic.

?Launching the Sauber Karting Team in collaboration with Kart Republic is a great step in the expansion of our activities,? said Frederic Vasseur, Alfa Romeo F1 team principal and Sauber CEO.

?It is in our company?s DNA to support young talents. This new project allows us to contribute to the next generation of drivers by providing them with a platform which will help them to develop their skills in the best possible way.

?With Dino Chiesa as team principal, the Sauber Karting Team is fortunate to have a highly experienced professional taking the lead. We look forward to seeing this project thrive.?

Kart Republic was created by Chiesa in late 2017. The karting veteran ran the ?Mercedes-Benz McLaren’ MBM team in the early 2000s, which fielded Nico Rosberg and Lewis Hamilton, and he has since reunited with Rosberg and his young driver academy through Kart Republic.

The Sauber Karting team made its debut at the WSK Euro Series this weekend, fielding Scottish teenager Dexter Patterson and Swiss driver Joshua Dufek in the OK category, where there are also proteges of Red Bull, Nicolas Todt, SMP Racing and Rosberg competing.