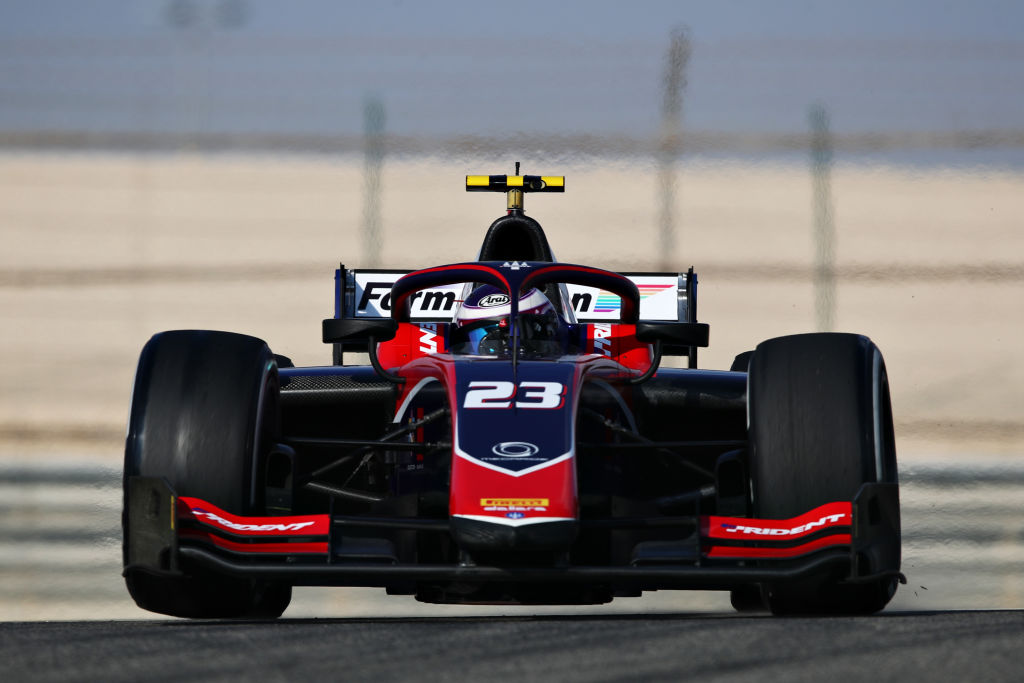 Marino Sato and Bent Viscaal will race for Trident in Formula 2 this year, although Viscaal is only confirmed for the opening round.

Both are graduates of Euroformula, with Sato having won the 2019 title and Viscaal finishing second in the series the season before. While Sato stepped directly up to F2, Viscaal spent two years in the FIA Formula 3 Championship.

Sato drove for Trident last year, while Viscaal joined the team for post-season testing in Bahrain but was hit by mechanical issues that limited his mileage.

“I’m really looking forward to continue our journey together with the Trident team,” said Sato.

“We had a very tough season last year but we improved race-by-race. I need to thank everyone involved in making this happen!”

After three rounds with Campos Racing at the end of 2019, Sato moved to Trident for the 2020 season but his campaign got off to a bad start with persistent unreliability. He eventually scored his first point at Mugello, and came 22nd in the standings.

Viscaal was 15th in his rookie FIA F3 season with MP Motorsport in 2019, and he stayed with the team for his sophomore campaign which featured a first win and an improvement of two spots in the points table.

“I cannot wait to make my debut in the FIA Formula 2 championship with Trident Motorsport,” Viscaal said.

“I will be on-track for collective pre-season testing in just about two weeks, and I am really excited!

“We did great preparation work. I have been aware of the value of Trident Motorsport for quite some time, and it’s finally time to work together. I am sure that we will achieve great results.”

Viscaal is expected to stay in the second Trident seat for more than just the first races at Bahrain, but Clement Novalak has been linked to doing a double programme with the team after signing with Trident for FIA F3.

“In the 2020 championship, Sato showed remarkable progress that makes us confident in his potential ahead of the new season, which will start at the end of March at Sakhir.

“I strongly believe that the new format of the series, featuring three races with reverse grids, will enable Marino to cruise to the points zone repeatedly and continue his growth in the FIA F2 championship.

“Trident is also greatly satisfied to announce that Bent Viscaal will make his F2 debut under the team’s banner in the opening round of the season at Sakhir.

“We had Bent with us for one day of testing last December in Bahrain, and we had the chance to appreciate his speed skills multiple times.”