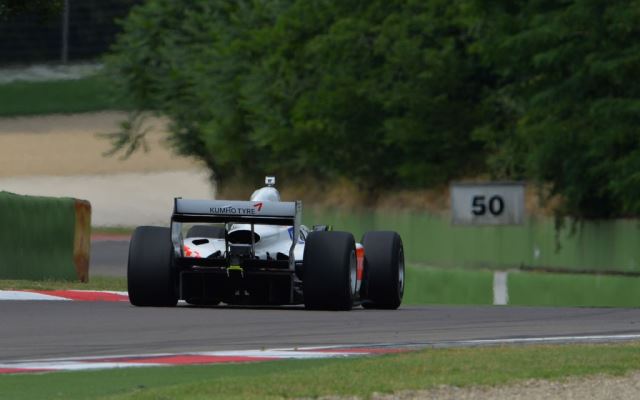 Championship frontrunners Kimiya Sato and Markus Pommer were fastest in the two practice sessions of the Auto GP weekend at Imola.

Reigning champion Vittorio Ghirelli, taking part in his second Auto GP event of this season, was ninth fastest, while the top ten was completed by Michele La Rosa. Ghirelli has joined Giovesi at FMS Racing, which is the third banner that the former Eurotech squad has gone under this season.

Giuseppe Cipriani was eleventh, while Tamas Pal Kiss had to settle with twelfth?after problems with the engine of his car, as the field was rounded out by newcomer Italian Salvatore Deplano.

Maisano on top in final practice session at Imola