Maisano on top in final practice session at Imola 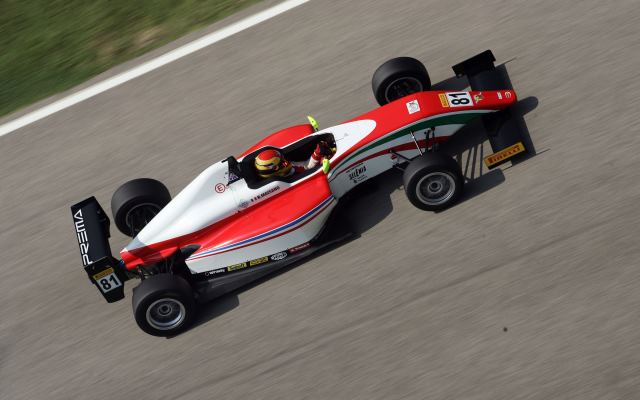 Prema Powerteam driver Brandon Maisano topped the third Friday practice session in the second round of the Italian F4 season at Imola.

The 21-year-old Frenchman once again spent most of the session in the shadows of younger teammate Lance Stroll, but a late flyer put him ahead of the Canadian, and he lowered the benchmark further on his last lap. Stroll settled for second, the two Prema cars once again in a league of their own, being the only cars to lap in the 1m46s.

Mattia Drudi was best of the rest yet again, beating out Euronova driver Leonardo Pulcini to third. Championship leader Andrea Russo was fifth fastest, ahead of Matteo Cairoli and SMP-backed driver Ivan Matveev.

American driver Zack Dante had a comparatively stronger session, winding up eighth quickest ahead of Swiss driver Edi Haxhiu in ninth. Behind them, Gustavo Bandeira edged out Alain Valente for tenth despite the pair having set identical lap times, the Brazilian having set his time earlier.