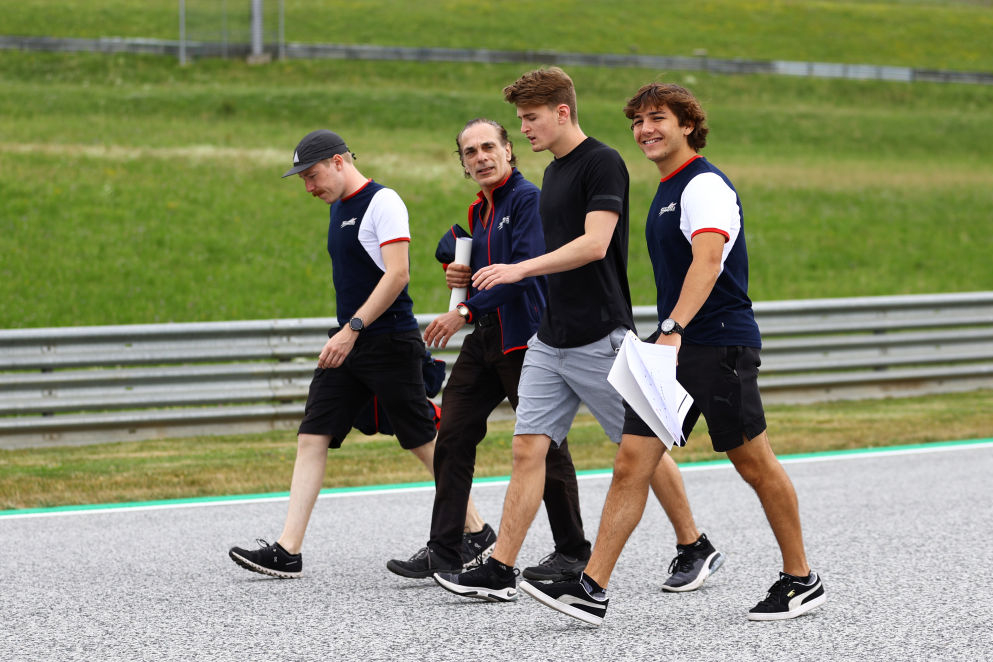 Charouz Racing System’s Logan Sargeant has explained what he aims to achieve with the team during his third FIA Formula 3 Championship season.

Sargeant came close to winning the 2020 title but a collision in the final race meant it went to Prema team-mate Oscar Piastri. He secured a last-minute Formula 2 test with Campos Racing, but a lack of budget meant his single-seater options dried up.

However on the the eve of the FIA F3 season he and Enzo Fittipaldi then secured seats with Charouz, the last-placed team of 2020, and a week later Sargeant also landed a drive in the European Le Mans Series with TF Sport in the LMP2 protoype class.

“Starting the season, my expectations were obviously very different [to last year],” Sargeant said to Formula Scout about his Charouz move.

“It was more going into this season doing everything I can to help improve the car, try put it at the front, which I think we do have good opportunities this year to do at times, but we still have a long way to go.

“As you guys saw today [on Saturday in race one], the Prema guys were just on fire. So hopefully we can keep getting better, and that’s the plan.”

Sargeant finished third on the road in race of last weekend’s Red Bull Ring round, but a 10-second penalty for repeated track limits violations dropped him to 15th and stripped the team of its first ever F3 podium.

He said the podium finish, before it was taken away, felt like a win.

“When it’s two Premas in front, yeah, it does [feel like a win] to be honest. It’s hard to beat them.

“We still want to be better, that’s obviously our goal, we’re not here to finish third, fourth, fifth. We’re here to try to get some wins. And we just need to keep working hard. I’m using this year to be extremely self-critical and try to make myself a better driver.”

Sargeant sits 13th in the standings after three rounds, with fourth places in race one at Barcelona and Paul Ricard, and Fittipaldi is 16th after scoring his first points of 2021 by finishing fourth and eighth in races one and two at the Red Bull Ring.