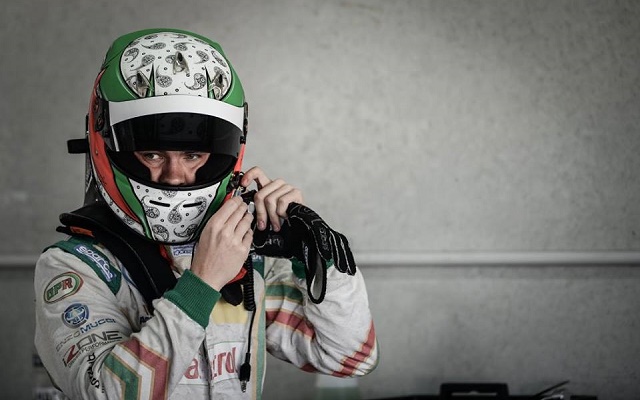 Scotsman Sam MacLeod reigned supreme in the final race of the Hampton Downs round of the Toyota Racing Series.

MacLeod, who had previously held pole at Ruapuna and went off chasing victory earlier this weekend, pounced on Brandon Maisano on the opening lap to take an early lead.

He kept it together for the next 20 laps on a drying track to deliver his maiden victory in the series and Giles Motorsport’s first of 2015.

After losing the lead, Maisano was off on the opening lap, handing second to teammate Charlie Eastwood.

MacLeod managed to build up a lead over the Irishman during the opening laps, but was back to square one after a moment. However, he got much-needed breathing room when Eastwood came under pressure from third-placed Dzhon Simonyan, which then saw both passed by Artem Markelov.

While Eastwood then tumbled down to seventh after going wide, Simonyan took the spot back from Markelov, who then also surrendered third to championship leader Lance Stroll.

By the halfway point of the race, MacLeod had re-built his advantage to a healthy five seconds, further assisted by Simonyan having to fend off Stroll and Santino Ferrucci. On lap 15, Simonyan dropped out of the race, while Ferrucci ended up behind a recovering Maisano. The Frenchman had been 11th after his off, but managed to claw his way back up the order.

At that point, the drama was largely over, with the top three settling for their respective spots. After 20 laps, MacLeod, Stroll and Maisano made up the podium.

Arjun Maini stole fourth off Ferrucci with a late overtake and put in the fastest lap of the race, while Markelov ended up a close sixth.

Thomas Randle stayed out of trouble to finish seventh, while his squadmate Nikita Mazepin bagged his first top-ten finish in the series with eighth. James Munro was the top local in ninth, with Alfonso Celis recovering from early issues to claim tenth.

Coming into the penultimate round at Taupo, Stroll will lead the standings by a healthy 55 points over Maini. Maisano is the only other driver within a 100 points of first, trailing 86.

Habsburg gets Hampton Downs podium back after appeal