Habsburg gets Hampton Downs podium back after appeal 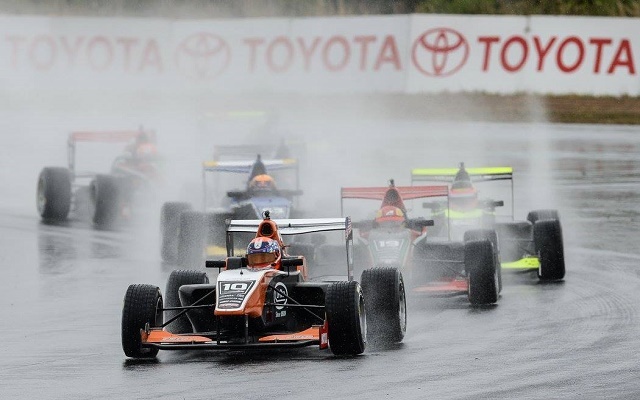 Victory Motor Racing’s Ferdinand Habsburg will get to add a second Toyota Racing Series podium to his CV after all, having successfully appealed against his penalty in race two at Hampton Downs.

Habsburg finished the race in second on the road after a brave pass on Santino Ferrucci but did not get to celebrate as he was instantly handed a ten-second penalty for a jump start.

However, he appealed and, upon reviewing the footage, the Toyota Racing Series stewards restored his podium finish.

The decision means that Ferrucci is demoted to third while Mathias Kristensen loses his short-lived maiden podium finish in the series.

But where one penalty was rescinded, two more were added. Charlie Eastwood, who took sixth, was sent way down the order by a thirty-second penalty for passing under the safety car, while Matteo Ferrer, originally 14th, picked up a similar punishment.