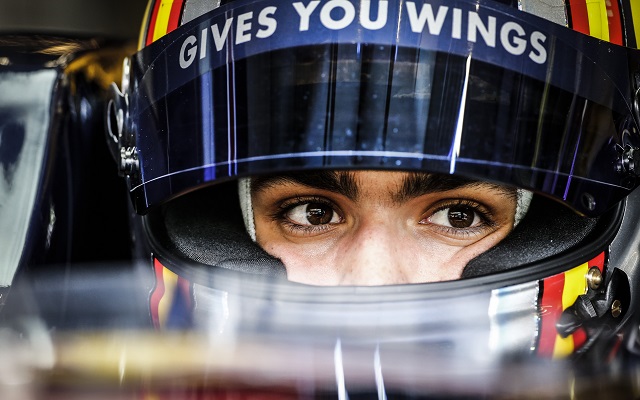 Spanish racer Carlos Sainz was again the class of the Formula Renault 3.5 field as he dominantly secured pole for race two of the Spa-Francorchamps round.

The Spaniard comfortably led the session at halfway point when the field, as is usual, pitted for new tyres. While a flurry of improvements followed next, the Spaniard dealt a crushing blow to his rivals in the closing minutes with a superb lap that wound up being 0.36s clear of his nearest rival.

It was Oliver Rowland who managed to secure the other front row spot, bouncing back from a torrid Saturday, which yielded an early retirement from an already tough race.

Will Stevens secured the best qualifying result of his season so far, while championship returnee Richie Stanaway will again line up in fourth.

Jazeman Jaafar will take fifth on the grid, very narrowly ahead of Pietro Fantin, Sergey Sirotkin and Matias Laine.

Marco Sorensen and Norman Nato round out the top ten.