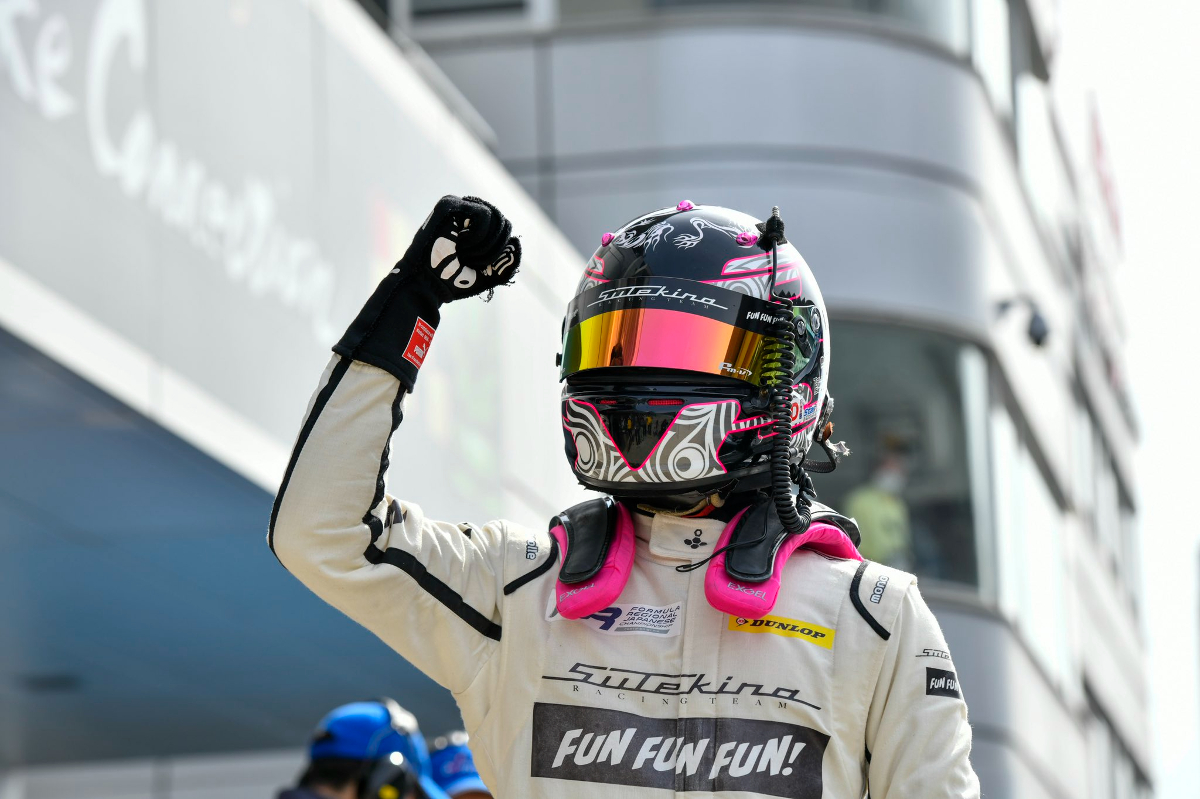 Sutekina Racing Team returned to winning form in Formula Regional Japanese Championship as it started the 2022 season with three wins for Ryunosuke Sawa at Fuji Speedway.

The team dominated the inaugural 2020 season with Sena Sakaguchi, and won one race in a part-time two-car effort last year. Sawa is its only signed driver for 2022, but that doesn’t look to be a disadvantage in a fairly weak nine-car grid.

Sawa topped both qualifying sessions at Fuji, the first by 0.488 seconds over Sota Ogawa and the second by 0.580s over former W Series racer Miki Koyama.

Ogawa stalled from the front row at the start of race one, leaving Sawa to take a dominant win. It was his third in the series, having picked up two victories as a part-timer last year with D’station Racing.

Koyama moved into second place following Ogawa’s stall, and had Yoshiaki Katayama pressuring through the race’s first half. They went side-by-side on lap six and it looked like Katayama had the better pace, but then suddenly he dropped back and ended up spending the race’s second half keeping Ogawa – who charged up the order early on following his stall – at bay for third place.

Rn-sports’ “Hirobon” finished fifth and topped the Masters classification ahead of Yuki Tanaka.

Race two took place on a wet track on Sunday and started with several laps behind the safety car. The conditions were so tricky that Ogawa actually spun to the back while the drivers lapped at a lower speed.

There was immediate drama when green flag action eventually got underway, as Sawa went wide and several cars spun on the ‘restart’ lap, but the order didn’t change at the top.

Ogawa overtook behind the safety car as he charged back up the order, and was into second before he was handed a drive-through penalty. That gave Sawa a handy gap over Koyama to win, as Ogawa fell to fifth and recovered to a distant fourth in a shortened race.

Yorikatsu Tsujiko, chief executive officer of the PONOS video game company, was the only retiree in his self-branded TOM’S-run car but was still classified.

The track was still wet for race three, meaning another safety car start. Sawa was untouchable once racing began, streaking away for a 20.253s win over Ogawa.